There are gamers, hardcore gamers, and then there are the exclusive Ultra Gamers. If you constantly game everywhere and at anytime (wash your hands) then consider yourself the latter. As an Ultra Gamer your title isn’t complete without plastic peripherals. Unfortunately, game peripherals for mobile devices can be a bit lacking (with the exception of Nokia’s upcoming 9mm pocket friendly, n9xxx).

Developer Metal Compass hopes to change all that with Xappr, a gun like peripheral where you attach your phone to act as virtual sites. In what appears to be a cross between a laser and Nerf gun, Xappr can certainly fulfill those 90’s light gun battles. 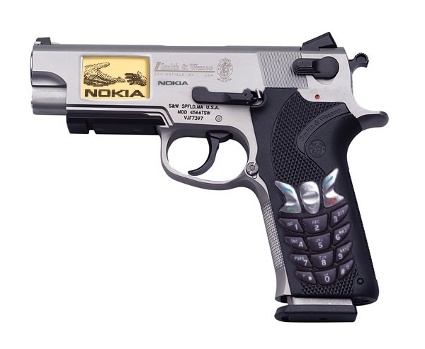 Currently slated for release this summer, Xappr should works with most Augmented Reality shooting games such as Gunman or Droidshooting. If you’re in town you can get a first hand look during the International Toy Fair in Nuremberg.

Expect the Xappr to ship for $30 USD on June so for those eager for some Augmented Reality action should mark their calendars. Good luck, Ultra Gamer. 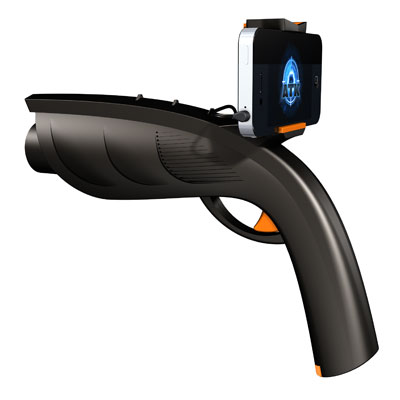 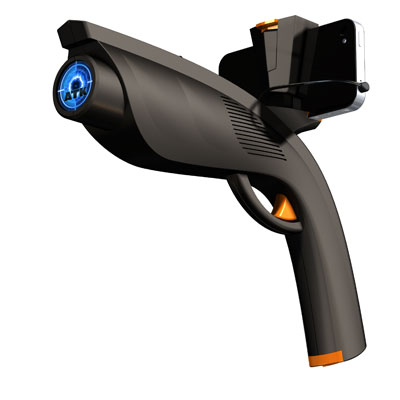