BEAM – Laser Puzzle Invaders is the debut release from Binary Monks. The game is a fairly straightforward arcade game, where invaders of sorts are marching ever downward from the top of the screen, while the player controls a laser cannon that is fixed at the bottom of the screen, but can move laterally.

In a nice twist, there are a pair of units that are fixed to the vertical sides of the play area, one each, and are shaped like arrow heads. Players can position those anywhere they’d like, and use them to refract the upward moving laserbeam into a horizontal direction, and then again vertically in a second spot, once it crosses the width of the play area. This is completely necessary, and visualized well in the opening tutorial as the enemies are, as often as not, shielded on one or more sides. This forces players to use every angle available in order to clear the board of the invasion. 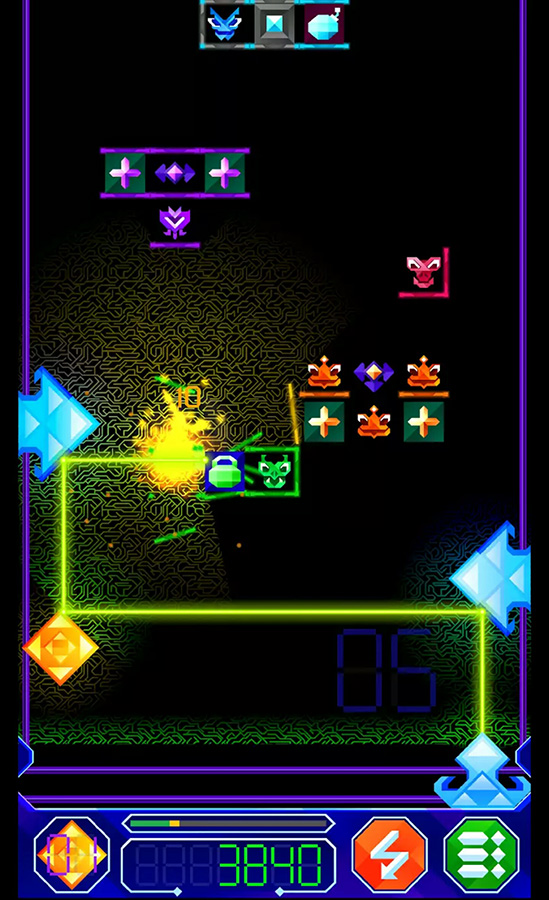 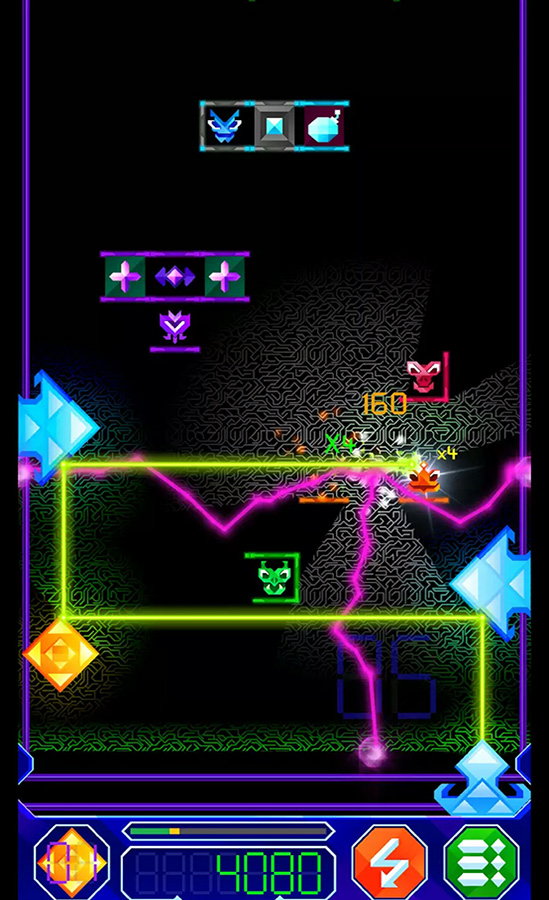 In this vein, the game also has a diamond shaped reflector that is held in reserve for players to pull out when they need an especially tricky angle. The game utilizes a simple, black backdrop which allows the neon-ish colors to shine through. There are also two modes of play, survival and chapters (for which are twenty levels), respectively.

BEAM is free to download from Google Play, but also includes a single IAP of $0.99 to unlock all of the levels within the game.