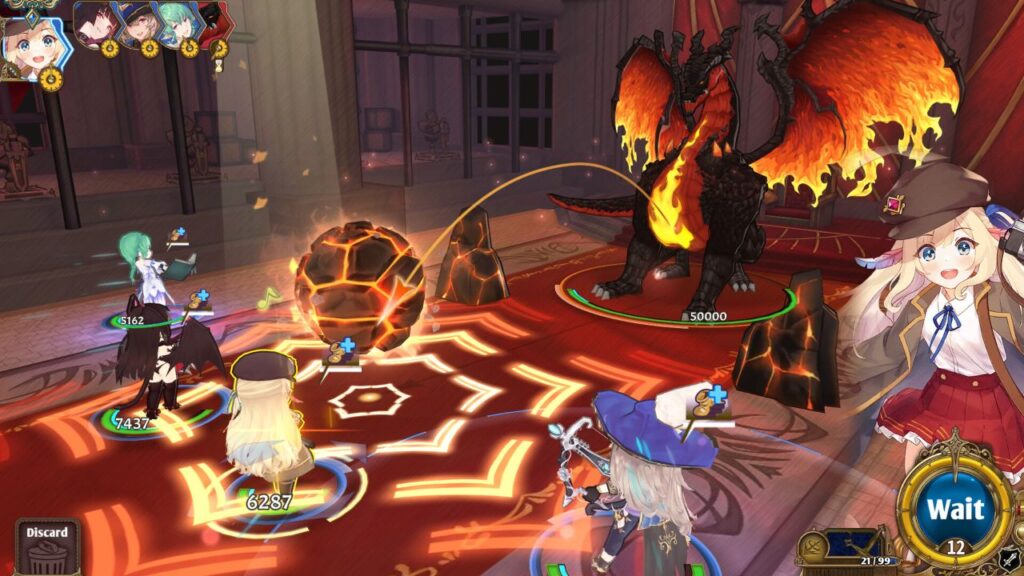 The deck-builder RPG Zold:out release date is fast approaching and global players will soon have the chance to experience the gameplay firsthand. January 26th is the date you need to know.

Zold:out is an RPG that begins in an old weapons shop in Ozin. You embark on the glamorous life of a weapon merchant, but as you sell weapons, terrible, world-ending troubles pull you in, as often happens in a JRPG.

One of the unique selling points of Zold:out is its battle system, which promises to play a bit differently from other RPGs you’ve experienced. The battle system bills itself as ‘semi-turn-based tactical RPG fused with deck building’, but what does that mean exactly?

The system centers around the use of ‘action points’ and ‘weapon cards’. Each character on the field will have a limited number of action points, and certain actions will be more taxing than others.

Weapon cards are where the weaponsmithing skill comes in. Players can craft weapon cards and equip them to different characters. Deck building forms part of the strategic part of the game’s mechanics.

Battles are not grid-based, but rather characters have a certain radius they can move around in as part of their turn.

There are a number of different enemies seen in the trailer to go up against, from werewolves to dragons, to a giant metal chicken that dances. Well, you’d probably be afraid if you saw that too.

The game developer intends for the bosses to require strategic thinking to defeat, not just crumble when your levels get high enough. It will be interesting to see if the studio succeeded.

If you want to prep for the global Zold:out release date, the game is available for pre-registration now via Google Play.

Not really feeling it? Do you want something to start on right now? We’ve got some other game offerings you can check out our piece on the best new Android games this week.