Hexologic review – shaping up to be a classic puzzler? 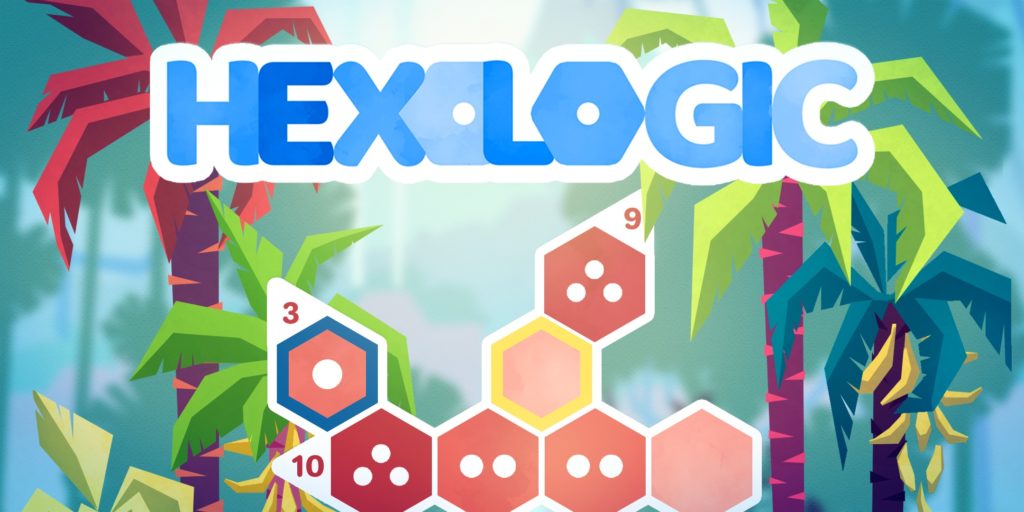 Sudoku is the undisputed monarch of the solo pen and paper puzzle kingdom. Step onto a train during commuting hours and at least a quarter of the people around you are likely to be staring intently at a 9×9 grid sparsely populated with numbers, trying to fill in the gaps.

Hexologic is not sudoku. It’s Hexologic. But it aims to scratch exactly the same itch, presenting you with an empty grid and a few numbers and tasking you with deducing how to fill the empty grid with correct information.

In this case the grid squares are hexagonal, and arranged in a variety of different patterns across the game’s few dozen stages. If you tap on one of these hexes a dot appears. Do it again and there are two. Once more and there are three. Finally, tapping the hex clears it and resets the process. 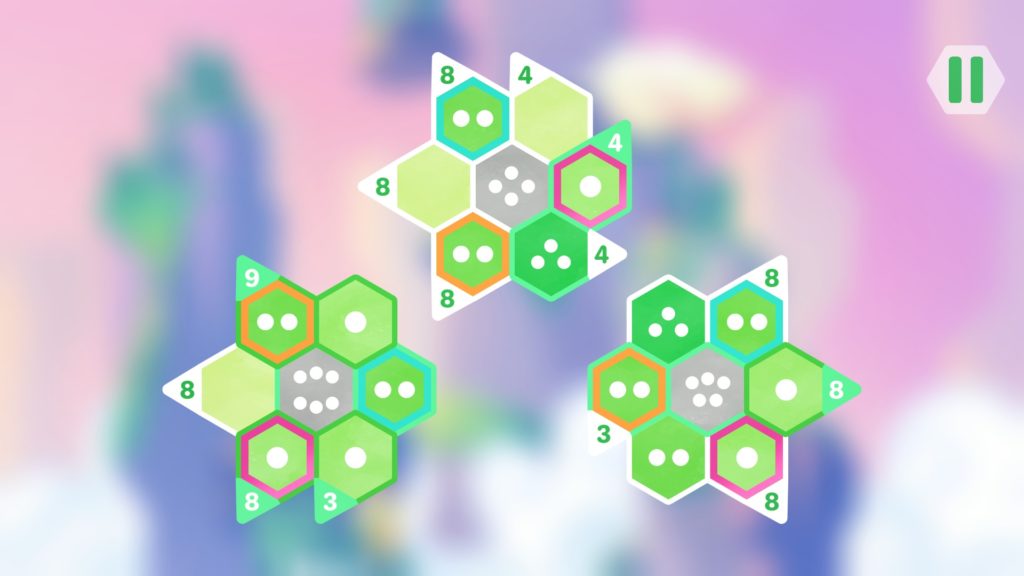 So each hex can have either one, two, or three dots in it (technically it can also have zero dots, but that’s not a valid state in terms of solving the puzzle.)

Some of the outer hexes have a number attached to one of their sides. This number is the total you need to reach by adding up the dots in the straight line of hexes terminating at the one with the number on it.

For example, if the number is 12 and there are four hexes in the corresponding row then each of them has to be maxed out at three dots. If there are 12 hexes in that line however, each of them can only have one dot (because zero is not a number.) 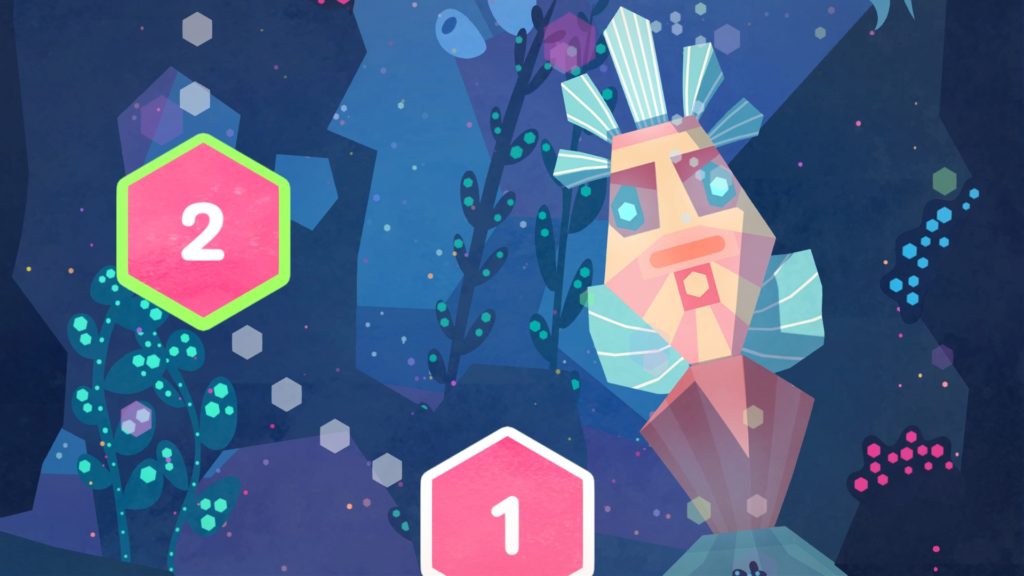 In practice it’s not normally this tidy. In most cases it won’t be obvious how many dots each hex should contain, because the answer is contingent upon the number of dots in the other hexes in the line. This is where your brain comes in.

Like sudoku, Hexologic sees you inferring the correct answer by cross-referencing. If this line needs 11 and there are four hexes, you say to yourself, none of them can be a ‘1’, which means this one has to be a two because the intersecting line needs three from two hexes. QED.

In the jungle, the mighty jungle 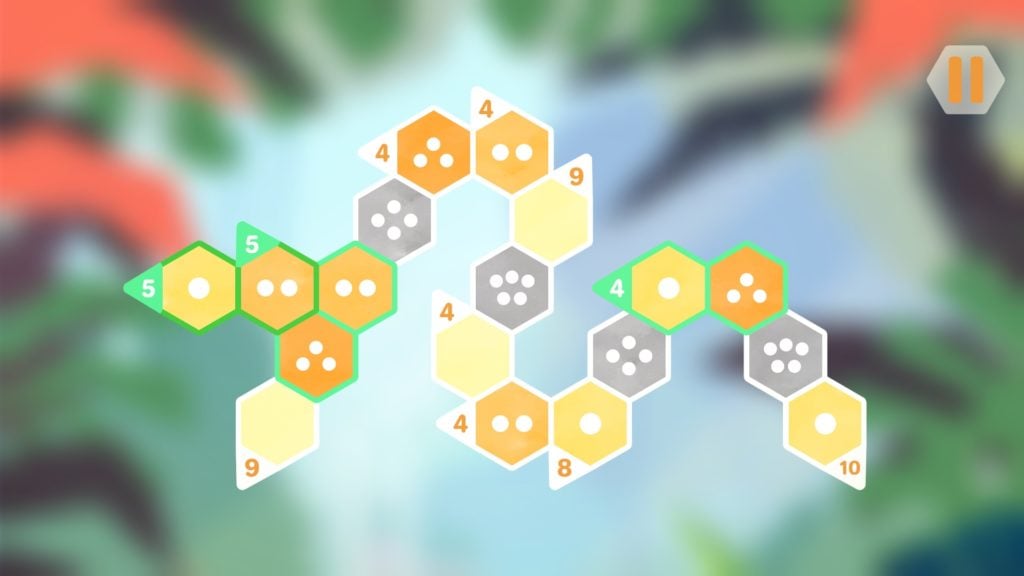 Hexologic’s 60 main campaign stages are divided across several visually distinct backdrops, including underwater, jungle, and magical mountaintop castle. These themed worlds are part of a single continuous backdrop, and the whole thing looks beautiful, like a more vibrant Monument Valley.

As you enter new worlds you encounter new puzzle pieces. There are static blocks that can’t be changed, and later on new types of hexes are introduced that mirror each other. These are indicated by a pastel-coloured outline, and if pop, say, two dots in one of them then two dots will appear in all of them.

Each world also has its own little pocket of three additional levels, and to finish the game entirely you need to complete all of these. Don’t expect to finish them any time soon — the later stages are punishingly difficult.

As the numerous references to sudoku probably suggest, Hexologic isn’t entirely original, but it’s a snazzy, different take on a classic puzzle format. You can download it on Google Play (and the App Store!) now.

If you enjoy the challenge of games like sudoku and nonograms, you’ll no doubt enjoy Hexologic’s clever, smartly presented contribution to the genre.