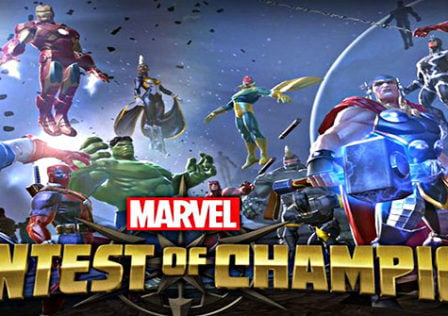 Marvel Contest of Champions has arrived on Google Play

Marvel returns to the fray of mobile fighting games with the launch of Marvel Contest of Champions. Marvel’s previous fighting game effort, Avengers Initiative, borrowed heavily from Infinity Blade, a fighting game which found success by offering a boss rush style of gameplay.

Marvel Comics announced at this year’s SD Comic Con (in an interview with Marvel.com) that they’re going to be releasing an upcoming game called Contest of Champions. The actual game development is being done by Kabam, who have released other games like The Hobbit: Kingdoms of Middle-earth, Fast & Furious 6: The Game, Castle Age HD, and more.