Death Worm, from Play Creek, is 99c right now on the Google Play Store, down from its usual price of $2.99. Originally released nearly a decade ago, in… Continue reading 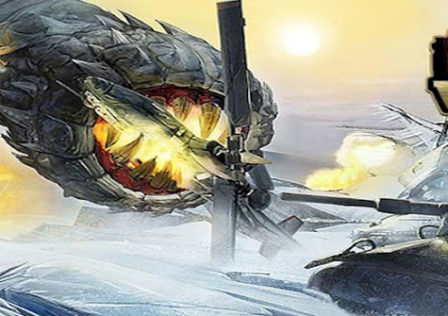 PlayCreek’s Death Worm updated with a slew of new content

PlayCreek’s popular action game Death Worm has recently had an update pushed out which brings a slew of new content to the game. For those of you unfamiliar with Death Worm, you play as the monstrous death worm, going around terrorizing the little humans and just causing general mayhem while trying to survive as the humans try to stop your reign of terror.

Death Worm on sale for a limited time. Eat some humans this weekend.

The original version of Death Worm has been downloaded over 2 million times on iOS and recently it was released onto Android. Now PlayCreek LLC has put the mighty Death Worm on sale for $0.99 for a limited time. Great game to play if you want to take out some pent up anger with having not gotten into the Star Legends beta yet.

Have you always wanted to cause as much destruction and chaos as possible? Defeat armies and blow up vehicles? Probably. Have you dreamed about doing it as a giant worm? Probably. Well you might not be able to do it in real life but you can certainly do it on your Android phone thanks to PlayCreek releasing Death Worm.