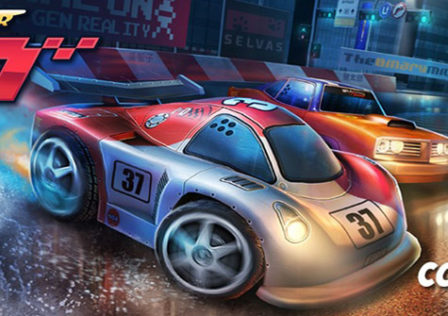 The Binary Mill, known for their popular games Mini Motor Racing and the Gun Club Series, will be releasing their next game some time this month. If you are a fan of racing games, it is hard to find one that is as enjoyable, colorful and fun, as Mini Motor Racing. Mini Motor Racing was released in 2011 to much acclaim. The car handling was good, and the tracks were some of the most well-rendered environments, seen on a mobile device at that time. The series has a lot of fans, and soon, you will be able to revisit the game in a whole new format, with Mini Motor Racing WRT.