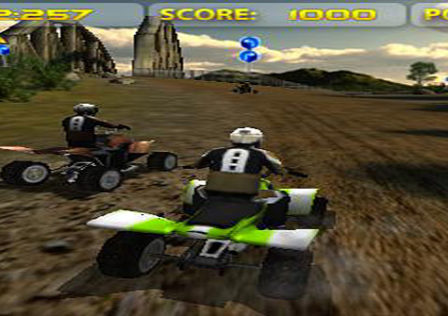 XLabs has developed about 4 games for iOS, all of which deal with some sort of extreme version of racing such as dirt bike racing or Monster Truck Rally. In fact last year we reported that they would be bringing their games to Android at some point. Apparently that time is now with their first release, ATV Madness.