In the wide world of Space Invader style games that exists on the Android market, to differ from the rest of them you have to be able to offer up a unique experience, fun addictive game play and some good eye candy. A lot of the games in this genre fall short in one form or another. Revolution 2217, developed by ToJam Games is an attempt to change that.

Gameplay:You start off with your stock ship and on the first level with the weakest aliens you need to clear before proceeding to the next level. In the usual fashion, every level gets harder and harder with aliens needing to be shot a lot more to die, who also have stronger weapons to shoot at you. Occasionally you’ll see a gold coin drop from one of the aliens after it dies, grab it, because that’ll give you more money towards upgrades. You also earn money after each level is completed and depending on how you do, the more money you can earn.

– 25 levels that get progressively harder

– Many upgrades available between levels (both armor and weapons) 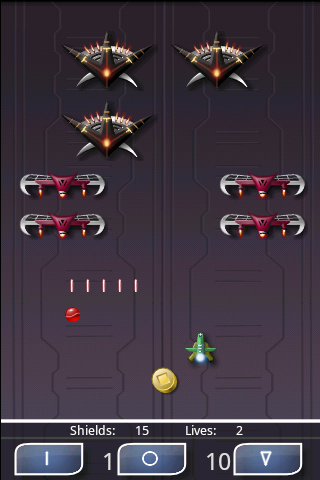 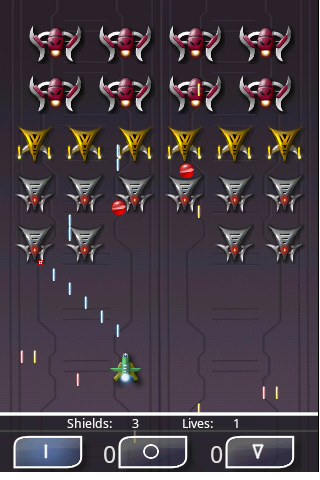 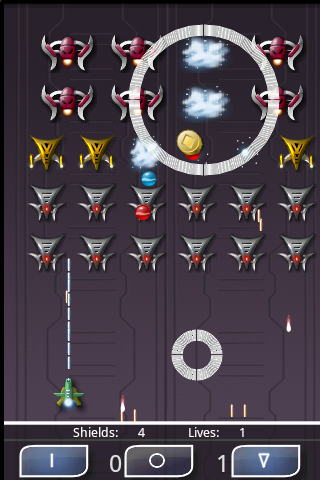 Controls: The controls are straightforward and need little explanation allowing you to just jump right in and start shooting some alien ships down. You control your ship using the trackball which is quick and responsive, no lag between trackball use and ship movement, which is important when trying to not get shot. Speaking of shooting, you shoot your enemies down by tapping the appropriate button on your screen whether it’s your normal gun or you decide to use a bomb or torpedo. Again, like the trackball, the buttons react quickly and are quite responsive.

Graphics: The graphics are pretty smooth looking 2D/3D-ish looking. There are lots of cool looking alien ships to shoot down and it’s easy to tell which are the more stronger ones (aside from them behind behind the weaker alien ships). Graphics are detailed but at the same time not over done so as to cause any sort of lag which is good news for all older gen Android phone owners as this game should run almost lag-less even on a G1. 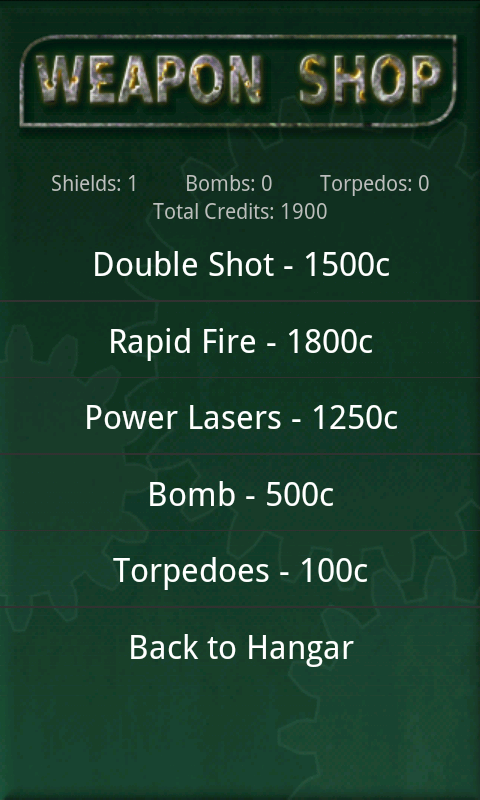 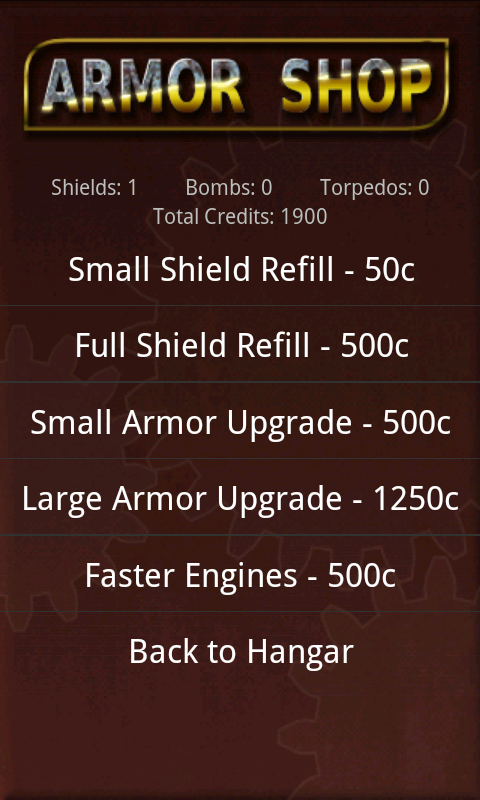 Overall: Does Revolution 2217 raise the bar to the next level when talking about Space Invader style games? I think so. It’s very polished and has all the elements of a good game from this genre: Addictive and fast game play, upgrade purchases and just overall fun. If you can get a high enough score you can unlock the secret Mega-Money mode which allows you to buy everything you could want in the game and go nuts blasting every alien ship in site. If you like any type of shooting game, whether Space Invader or not, you’ll end up enjoying this game.

Right now you can win a FREE copy of this great Space Invaders style game during our Multi-Game Giveaway Week! You can find all the details on how to win this and other great games for your Android phone at our winners announcement page!