Skyzone has developed a few games in the recent past for Android devices which are unique in concept. Their newest title, Furry Legends, extends their list to include a platformer style game reminiscent of Sonic the Hedgehog. In this game your Furry character rolls through stages, dodging obstacles, using various elements around him to complete each stage and collect gems.

Furry Legends helps boost the somewhat lacking Platformer genre of games currently available on the Android market. Most available pretty much fail in a lot of ways (most being bad J2ME ports with ads all over the place) with a few exceptions like Grave Digger or Replica Island. Controls are on-screen touch controls, almost like a D-pad but with 6 directions instead of 4 (up, down, left, right, diagonal upward left, diagonal upward right) plus a button on the right side of your screen to use your Furry power.

Furry power is a speed boost so you can jump further to clear some obstacles as well as get into hard-to-reach areas. You will also unlock more abilities to help you get to those areas. Each stage has hidden areas that take some skill getting into but are not mandatory, you’ll get extra gems though!  The graphics are flat 2D (although detailed) graphics that you find in more scrolling platform games. 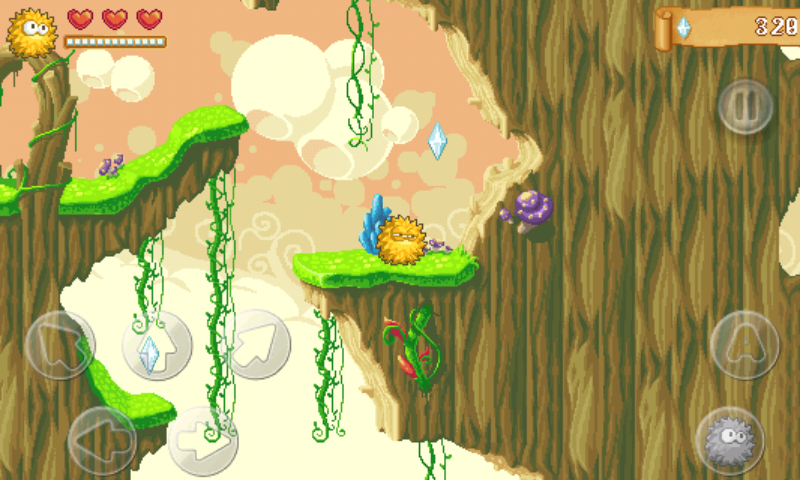 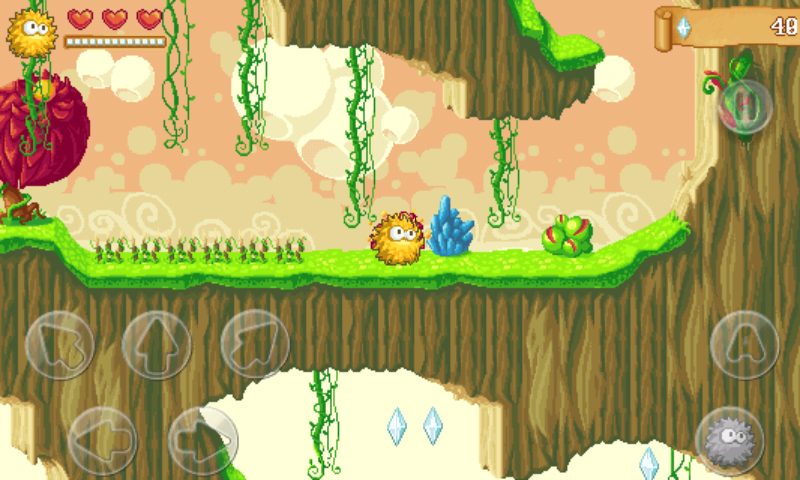 Furry Legends is what you would expect an action-platform game to be like when it comes to puzzles to solve and having quick reflexes at times. If you don’t feel like going through the story mode at any particular time you can just play a quick game instead. With the lack of really good platform games right now, it’s refreshing to see something released that has some good quality gaming involved. This is an adaptation of the Wii console game of the same name by Gamelion Studios.

You’ll be able to test out Furry Legends before buying by grabbing the Lite version. The full version is also available for $1.99USd on the Android market. Definitely a solid game to consider adding to your collection. Hopefully we continue to see more games from Skyzone entertainment come our way.