The world of RPGs and MMORPGs for Android continues to grow and while still a bit thin on choices the quality of those choices tends to be high that you can overlook the lack of selection available. Add another one to the growing list of future MMORPGs for Android as Spacetime Studios is bringing their 3D MMORPG, Pocket Legends, to Android.

Giddy yet? Well wait, there’s more! Remember that business model I’m always talking about? Freemium? Well this is a Freemium game meaning the full version of the game is free and in-app purchases of Platinum are available which is where the developers make their money. Hopefully this will follow the game as it is brought over to Android. A lot of developers bring their iPhone/iPad game to Android which is free on the App Store but for whatever reason they charge on Android for it. 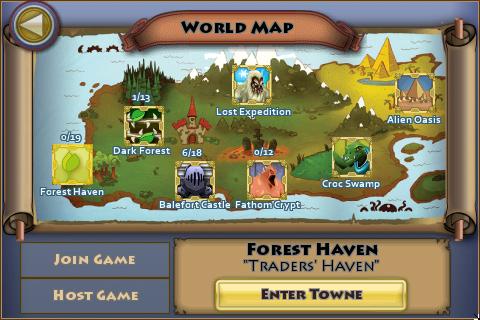 Like most MMORPG’s the world inside the game is persistent meaning it continues on even when you are logged out. All the controls are swipe and tap controls and the graphics are all 3D. This game will also be cross-platform as iPhone/iPad users will be on the same servers as Android users (and eventually PC users). 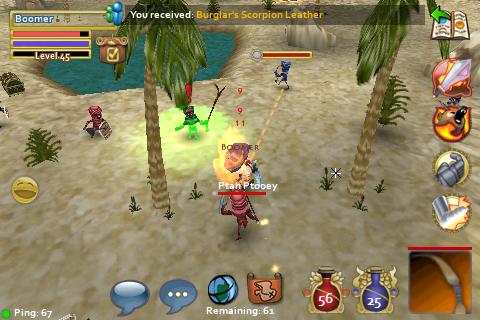 That little multiplayer note in the features may have caught your attention. If you’ve played Diablo 2 then you’ll already be familiar with this feature although sightly different here in Pocket Legends. What it does is allow you to join a hosted game or host your own where inside the game you and your team will go through the dungeon you’ve selected.

We will be keeping an eye on the progress of this game as it makes it’s way to Android. Currently the release date is soon, nothing exact. Spacetime Studios is also making available their engine for game developers to use which will cost them a small licensing fee. For more information on their game engine please visit their development site, linked below. You can check out more Pocket Legend videos in our Videos Section!