Haypi Kingdom is a free MMORPG from the iOS platform that will be making the great jump over to the Android OS in the very near future. If you have every played games like Ages of Empires, Warcraft or Ceasary, then you will already have an idea about how this game works. Another time-based game, it features deep gameplay with lots of goodies to keep you busy.

Controls are all touch screen and are pretty straightforward when it comes to most actions in the game. You have your menu at the bottom of your screen and depending on what you want to do at the time, just select that option and follow the subsequent screens. It is not just you though since it is a MMO game, there are tons of other players playing at the same time. 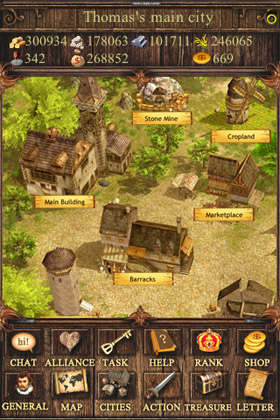 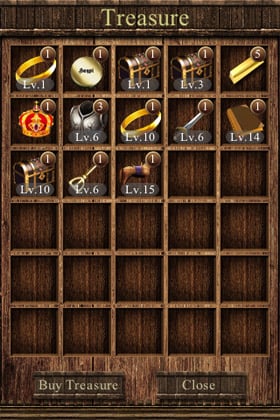 Upgrade buildings, collecting resources, build massive armies, join a guild, treasure hunting and more are all apart of Haypi Kingdom. You’ll also be able to get your general high Titles and attribute as you engage in more battles. There are also in-game purchases available to help boost your gameplay and to top it all off you have PvP as well including tournaments with cash prizes!

Graphically the game is pretty detailed and has a great overall look to it with scrollable maps and a clean user interface which was designed by FullyIllustrated.com who have done some great work on iOS games. Right now Haypi Kingdom is available in beta form on the French Android Market and will be released to the general Android population shortly and it should be priced at free! Expect a full review shortly.