Once in awhile it is great to see people sticking by their believes, even if they are facing what could be a pretty promising career at a major company. In this instance, Sony has been looking around the internet for hackers who jailbreak various devices to add to their development team and one person they asked was Koush.

Koush, however, turned down the invite for an interview our of principle due to Sony’s recent treatment of fellow jailbreak artist George Hotz a.k.a Geohot who is currently being sued by Sony for jailbreaking their Playstation 3. Geohot has expressed interest in Android recently regarding the upcoming Xperia Play Android device from Sony Ericsson stating that he is interested in jailbreaking the Xperia Play if for no other reason then to get back at Sony. 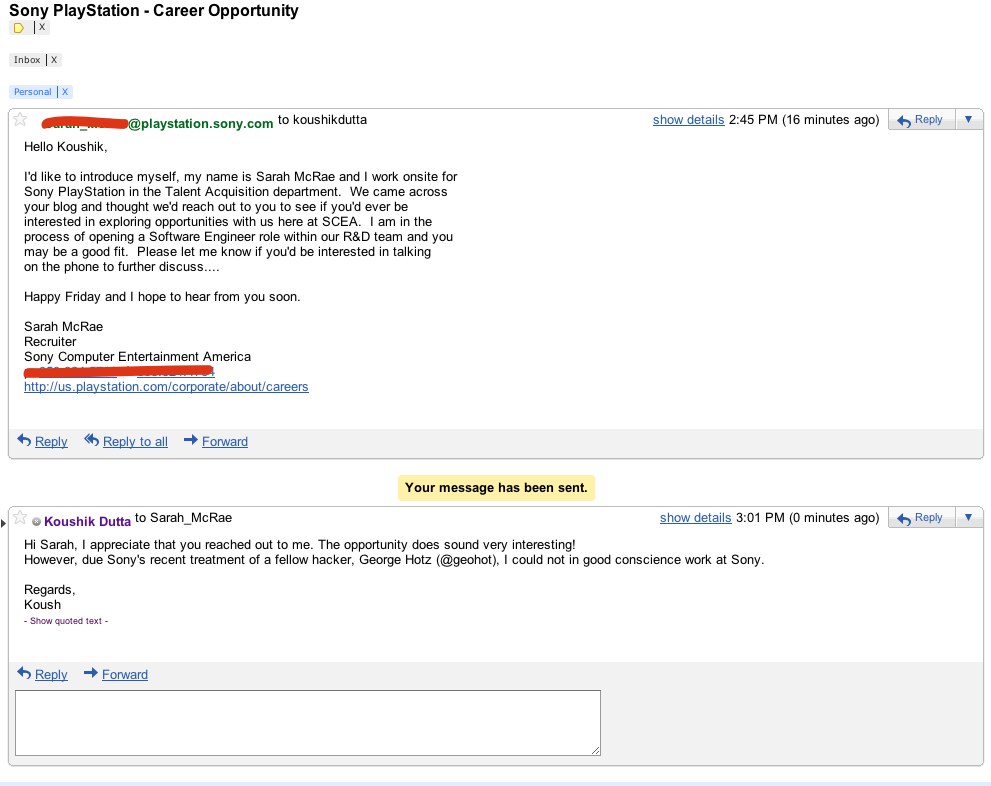 It will be interesting to see how this all pans out with GeoHot eyeing the Xperia Play and people like Koush in the Android community. We could see some great things coming. As for Koush, it is great to see people standing up for their belief even though this could have been quite the nice paying job at Sony.