Gameloft to Use the Newly Minted Amazon Appstore for Android?

Gameloft, a developer who has spurned the Android Market due to piracy and malware issues has been reported recently stating that they are indeed going to give it a go on the newly minted Amazon Appstore. This is great news for anyone wanting a Gameloft game but not wanting to use the Gameloft store.

“The Amazon ecosystem is controlled where we don’t find too many pirated version of our games or malware games, so for the consumers, it will be a safer place to come and get applications,” Guillemot said in an interview with Reuters.

This is huge news for Android users because we will now be provided with even more quality games. Gameloft only offers a few games on our platform and the rest you need to go to their site and download from them. What stinks is that if you ever swap a device and get yourself a new phone, the downloads on their site will no longer work for you. If I were to purchase Assassin’s Creed today on my Motorola Droid X I would have to purchase the game again on the new Xperia Play or Motorola Droid Bionic if I decide to make one of those my next device. 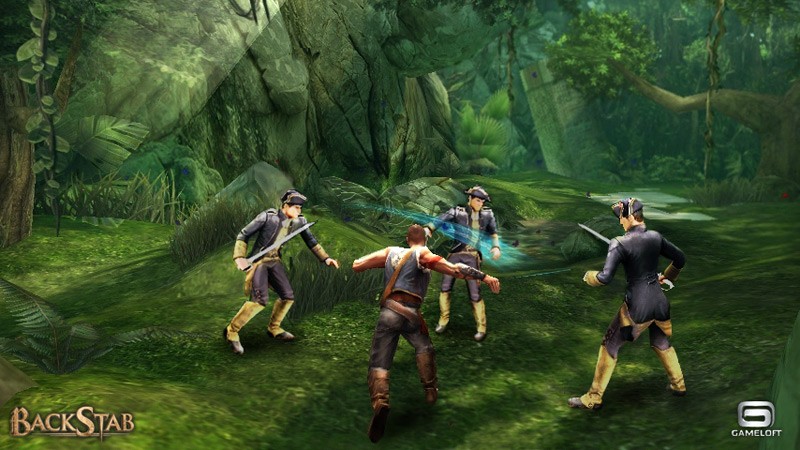 This isn’t just a win for the end user though, this is also a terrific opportunity for Gameloft as well. The market for mobile games is expected to grow to $11.4 billion by 2014, according to research firm giant, Gartner.

Founded in 2000, Gameloft is one of the few publicly traded companies that makes most of its revenue from the growing mobile market. In fact they claim 95 percent of their revenue comes from mobile games which equaled to about $199 million last year in revenue.

Gameloft also stated that they will be using the TV Market as another huge area of growth for them starting in 2012 which means you might be able to access a lot of these awesome games through Android powered setups like the Logitech Revue powered with Google TV.

I think it is awesome we will start to see better games hit any market that works for the common Android user, but I do hope they change their policy on having to repurchase a game whenever you get a new device. If we hear anything else we will let you know! We started a thread over on the Gameloft forums regarding this should you have any questions you want to ask them.

We did ask one question right away regarding the ability to re-download a game onto a new device when you get one through the Amazon App Store. Their Answer: “hi! Amazon has the same policy as we do – you can redownload the game only to 1 phone any time you want”.