The Samsung 10.1 Android tablet review: Is this the gaming tablet you want?

In the world of Android tablets there are a ton of options for you to consider. Everything from powerful single-core tablets to beastly dual-core powerhouses are available for Android gamers to choose from. We have had the pleasure of messing around with one of Samsung’s new offerings the past few weeks, the Galaxy 10.1 tablet.

Before we jump into our review of Samsung’s 10.1 Android tablet, here is a quick rundown of the specs:

The version we are reviewing is the WiFi-only model with 16GB internal storage and running Android 3.1. Now onto the review…

Opening up the box you will see the tablets and all the standard extras that you get with any tablet you buy. You have your plug, USB connection which also fits into the plug head and a set of earphones. The set up is your standard procedure when starting a WiFi-only tablet. The big thing noticed right away is the size and I’m not talking about the 10.1 screen. What I’m referring to is the thickness of the tablet. Advertised as the thinnest tablet available on any platform right now, holding this tablet is comfortable. It really is thin measuring in at only 8.6mm in thickness. It feels pretty light as well but not to the point where it feels fragile to hold which was one concern I had initially. It still feels solid even though it is so thin and lightweight.

The screen looks great as well with very crisp colors and graphics. Just turning it on is a pleasure and once it is fully loaded, everything runs very smoothly when it comes to the user interface and transition animations from one screen to the next. You will also notice that TouchWiz, Samsung’s custom user interface,has a very limited presence and that, for the most part, the UI is stock Honeycomb. 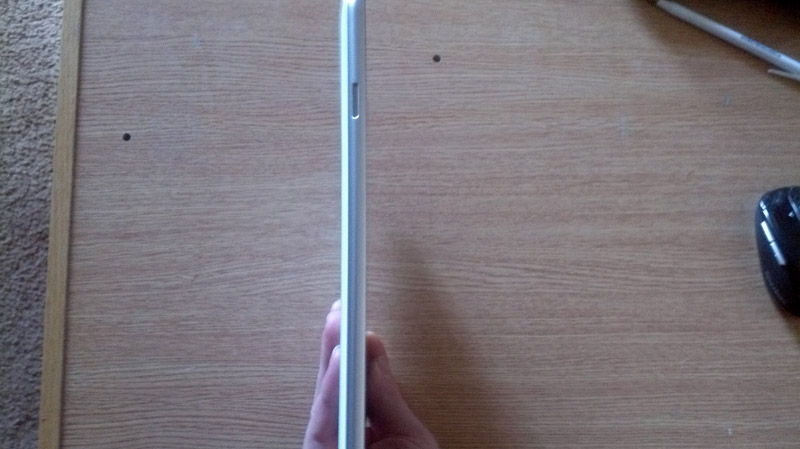 Now it is time to get into the real reason for the review, gaming on this tablet. I installed a wide range of games on this tablet, everything from Angry Birds to more hardcore 3D games found on nVidia’s Tegra Zone. The Galaxy 10.1 handled everything I threw at in in terms of gaming without a hiccup. The only time I encountered an issue was due to that specific game not really supporting tablets and not due to the tablet itself.

Throughout the entire time of testing games out on this tablet, I always had a solid high FPS even when it was a more hardcore 3D game that required a fair amount of rendering power. This is because this tablet is running a dual-core CPU but also because it sports 1GB of RAM whereas a lot of other Android tablets have less.

Whether a game required drag-and-drop actions like on Myth Defense, virtual joystick and buttons or tilt steering like on RipTide GP, this tablet worked well with all the control schemes thrown at it. Multi-touch actions in games was never an issue either so actions like pinch-zooming on Angry Birds were quick and easy. With on-screen controls, you sometime miss some of the action on the screen with the controls taking up some of the real estate but you don’t notice this on this tablet due to the screen size. Also, considering that this tablet runs Android 3.1, you’ll be able to hook up a PlayStation controller as well should you want a little console-style gaming.

Graphically, games designed with tablet optimization or HD graphics really came out on the Galaxy 10.1. All the colors were crisp and bright and you can easily see small details that you would otherwise miss on other devices. This is going to be especially beneficial for anyone considering grabbing OnLive’s Universal Remote service and playing it on their tablet. The games offered on OnLive’s service will be PC/Console designed games so having a tablet that can render these games efficiently and effectively is a must. Myth Defense really shined here as there are a lot of small details in the game that you could miss or at least wouldn’t get to appreciate on a smaller screen.

Compatible Flash and Browser games worked well on this tablet, against thanks to the hardware that it sports and the large screen. 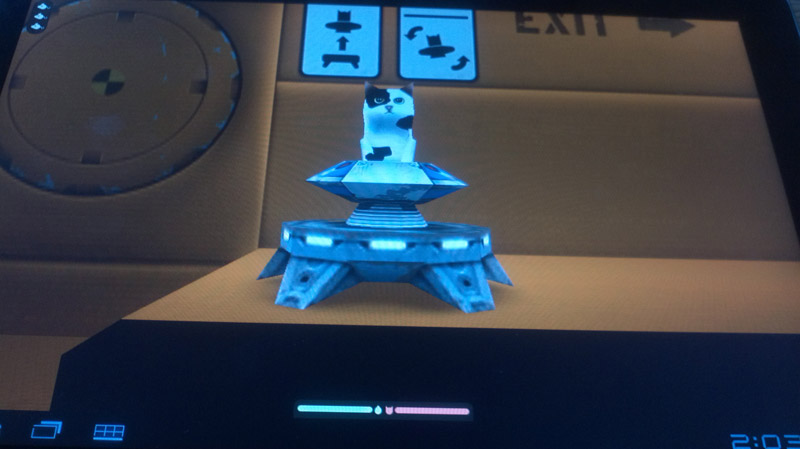 While gaming is what we do here at DroidGamers, we also use our devices for more than just gaming. The Samsung Galaxy 10.1 tablet can pretty much handle anything you throw at it in terms of daily usage. Whether it is checking on Twitter, while you browser the internet and listen to music, it can handle all of it with relative ease. Battery life seems to be pretty good and I was able to get a few days of battery life before it needed to be charged when just using the tablet for every day activities.

When it comes to gaming, battery life depends on how intensive the game you are playing is but generally you can get a few hours of solid straight gaming on a full charge before having to worry about plugging your tablet in.

The Galaxy 10.1 Tablet may not differ from other dual-core tablets a whole lot when it comes to hardware specs like the CPU but it does pull ahead when you start stacking on other things like size, thickness and weight. If you also take into account pricing, this becomes a serious player in the tablet market. Samsung phones seem to have a lot of issues when it comes to Android games with errors and force closes. A game could run fine on every phone but have issues on a Samsung device and we are not sure exactly why that is but it happens all the time. With this tablet, there were no real issues like that so far from what I experienced which is nice for a change.

If you are considering getting a tablet and are looking at a dual-core one for your gaming needs, the Samsung 10.1 tablet is one that you should consider taking a closer look at. While keeping the same powerhouse hardware running strong, it brings a bit more portability with it thanks to the size and weight. Our model that we were testing, which is the WiFi-only 16GB version, is available for $499.99 at most stores which is a fairly competitive price for what you are getting in a tablet.