There have been a lot of people waiting for the new addition into the Modern Combat series of games from Gameloft to be released and today is the official day of release for Modern Combat 3: Fallen Nation. We have to admit, we sort of fibbed everyone when we said we didn’t know when it would be released, there is a good reason though!

We’ve actually known for about 2 weeks it would be officially launched today (although it slipped out yesterday onto the Android Market) but we had to keep it a secret from everyone. Why? So we could have this giveaway for our readers for a chance to win a free copy of Modern Combat 3: Fallen Nation! That’s right, we’ve teamed up with Gameloft and we will be giving away free copies of the newest part in the Modern Combat series of games. 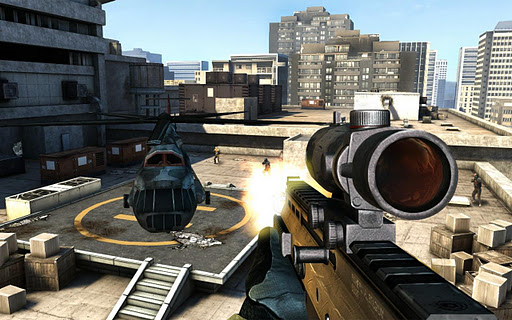 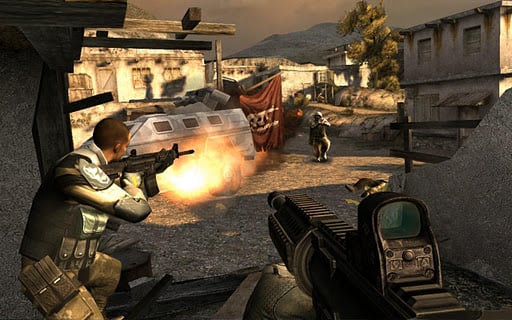 This newest addition features improvements from the previous two Modern Combat games in all areas from graphics to controls, gameplay and even multiplayer has been improved and expanded. In this game you will be fighting for the freedom of the United States after it’s been invaded by enemy forces.

• Fight through a 13-mission campaign from Los Angeles to Pakistan.
• Witness multiple memorable moments thanks to AAA scenario-scripting.
• Experience different types of gameplay: escort, destroy, helicopter, 4×4 chase, etc.
• The deepest and most intuitive FPS gameplay on smartphones improved once again, now with a sprint and slide feature.
• Gaze upon next-gen GFX that allow for an unprecedented rendering of environments.
• Improved SFX and voice acting will immerse you in an apocalyptic scenario.
• Enter battles for up to 12 players in 6 exclusive maps and 7 different modes.
• Use your customized weapons to move up an addictive leaderboard with more than just ranks. 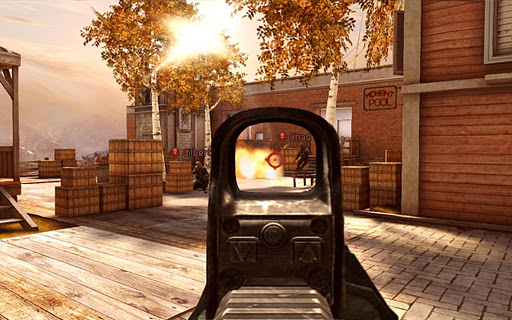 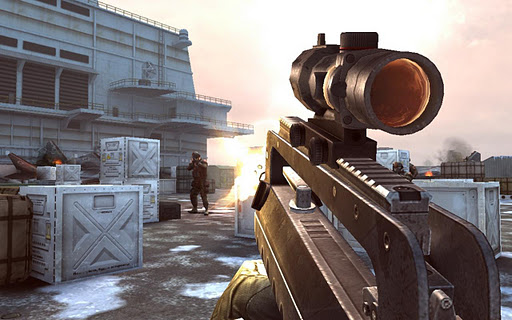 That’s it! This giveaway is for all legal residents of Canada (excluding Quebec) and the United States. You have to be following both Twitter account and tweet the above post as-is to qualify. Only one entry per person. All the official rules are below for more details so if you have any questions, that should answer them. Giveaway ends Dec. 30th at 9:59pm EST. Winners will be announced January 3rd, 2012. Good luck!

NO PURCHASE IS NECESSARY TO ENTER OR WIN. A PURCHASE WILL NOT INCREASE YOUR CHANCES OF WINNING. ALL FEDERAL, STATE, LOCAL, AND MUNICIPAL LAWS AND REGULATIONS APPLY. VOID WHERE PROHIBITED.

Sweepstakes is open to all legal residents of the United States, Canada (excluding Quebec), eighteen (18) years of age or older, as of December 18, 2011, except employees (and immediate family members spouse and children, parents, in-laws and siblings and spouses of the foregoing or anyone living in households of such employees) of Sponsor, its parent, subsidiaries, affiliates and its advertising, sweepstakes or promotion agencies, and any other entity engaged in any way in the development, production, printing, distribution or execution of this Sweepstakes (collectively, the “Sweepstakes Entities”). If it is found that a person who does not meet the eligibility criteria set forth in these rules has submitted an entry, that entry will be deemed ineligible and any prize awarded shall be revoked. All federal, state and local laws and regulations apply. Void where prohibited.

Follow Gameloft’s profile on www.twitter.com at www.twitter.com/gameloftandroid and DroidGamer profile at http://twitter.com/DroidGamers. If you do not have an account on Twitter, you must create one by following instructions on Twitter.com. Creating an account is free. Once logged in, go to www.twitter.com/gameloft and follow this profile. Then write the following public tweet on your twitter wall to get an entry to the Sweepstakes. Gameloft and Droid Gamer will have specific tweets pertaining to the contest; these tweets will contain the phrase “Follow & RT.”

The tweets that do not follow www.twitter.com/gameloft and http://twitter.com/DroidGamers will not be eligible to participate in the Sweepstakes. Each entrant may submit only one entry through Twitter during the Sweepstakes Period. Any attempt by any person to enter more than one entry by using multiple/different email addresses, identities, registrations, or any other methods will void all entries entered by that person and that person, at the sole discretion of Sponsors, may be disqualified from the Sweepstakes. Use of any automated system or similar devices to participate is prohibited and will result in disqualification.

Sweepstakes Entities are not responsible for Internet malfunctions, failures or difficulties of any kind, or for illegible, damaged, lost, late, misdirected, incomplete or postage due mail or entries. Incomplete entries, or those containing incorrect information, will be voided. Proof of sending or submission will not be deemed to be proof of receipt by Sponsor. Sweepstakes Entities reserve the right to disqualify any person or address suspected of submitting fraudulent entries or of tampering with the entry process. All entries become the property of the Sweepstakes Entities and will not be returned.