Smuggle Truck sneaks its way onto the Google Play Store

Yesterday we talked about a new game being added to the Humble Bundle for Android #2 called Snuggle Truck. We also mentioned that an ‘uncensored’ version of the game, called Smuggle Truck, would be making the trip to the Google Play Store as well.

This uncensored version of the Snuggle Truck game touches on quite a controversial topic and will probably offend some people even though it is just poking fun at the whole thing. For those of you who missed out on yesterday’s post, the developers describe the game best:

In Smuggle Truck, the gameplay is the same, but the truck is presumably carrying immigrants and the finish line is the border. The developer framed this as a satirical take on the issue of immigration, but it was reportedly too spicy for some game marketplaces. 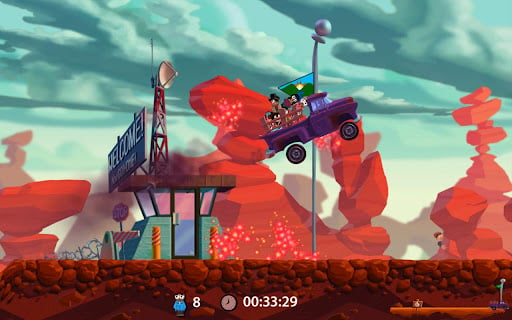 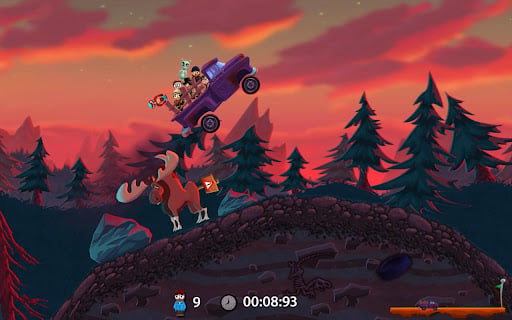 – Loads of levels packed with varied physics gameplay and challenging terrain and obstacles.

– The Level Portal gives every player access to unlimited new content thanks to community-created levels.
– Beautifully hand-painted backgrounds and high resolution graphics crafted by notorious artist of ‘Curse of Monkey Island’ fame.
– Built-in Level Editor allows you to showcase your creative side. Make crazy-fun levels and share them with others!
– Rocket boosters, backflip achievements, cargo covers, roadkill, moose, teeter-totters, TNT, and more! Enough variety to keep your game experience fresh, play after play.
– Unique medal system rewards multiple gameplay styles. Go for the ‘Visa’ Award by saving every passenger. Also, try to snag the ‘Smugglers Run’ medal which can be obtained by gunning it and beating the fastest run time.

Everything about Smuggle Truck is the same as Snuggle Truck in terms of gameplay, level editor, sharing levels you create and playing other people’s levels. The only difference is that instead of the truck being filled with stuffed animal that you have to get safely to the zoo, it is filled with illegal immigrants that you have to get to the border safely. If you find this offensive, just stick with Snuggle Truck, otherwise you can pick up Smuggle Truck off the Google Play Store for $3.99 as well as through our catalog.