Eden to GREEEEN THD is a sort of open world turn-based tower defense game with some great 3D artwork and animation. In this game you will be playing as the plants who are defending their now polluted lands from the machines that have taken over. Your goal in each stage is to rescue the Mother Tree by spreading your plants around it. You will have to contend with the machines attacking you though. 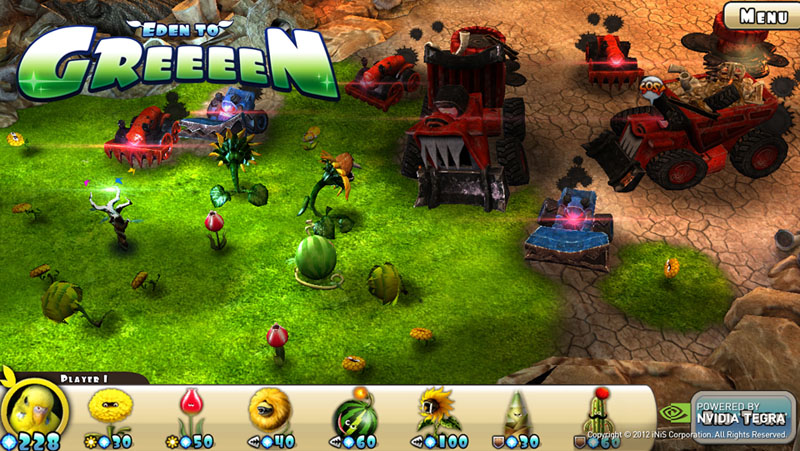 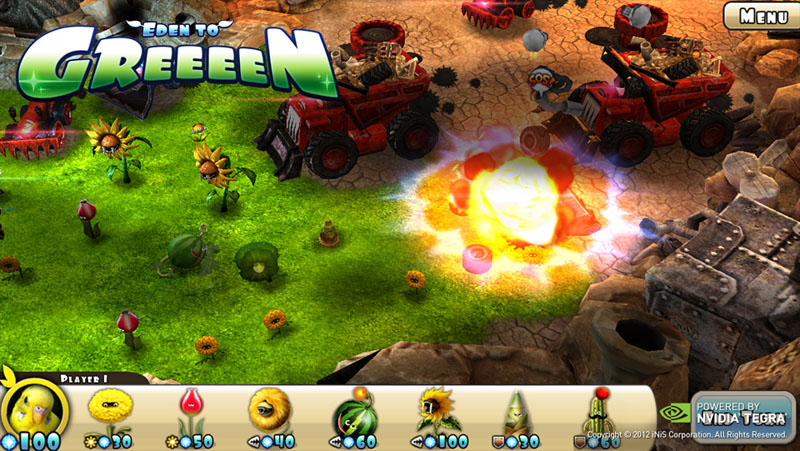 – Optimized for Tegra devices featuring high resolution textures, highest quality shaders, tons of on-screen characters and beautiful effects galore.
– 18 of the most hilarious flowers, plants and trees all beautifully animated and rendered in realtime 3D.
– Choose between Expansion, Offensive and Defensive plants to execute your counter-attack.
– Rise against the machines in 3 world areas with 20 maps in each area.
– Tend to your plants in your own personal gardens and watch them grow – you might even get some bonuses while you’re at it.
– More areas, maps, enemies and plants will be available every month for downloadable purchase.

You are limited on how your flowers can spread throughout the stages. Your flowers, when planted, also expand a grass area. This grass area is where you can plant other flowers, which in turn, spreads more grass. Flowers can not be planted on polluted land. Between that expansion mechanic, the different types of flowers as well as machines, there is a lot of strategy involved with this game.

If you have a Tegra-based device and are looking for a great strategy / tower defense type of game, you’ll want to check this game out when it is released. It will be available in Q2 of this year which could be at any point.