Kabam, known for their PC and browser-based MMO games as well as one of the top grossing iOS games out right now called Kingdoms of Camelot: Battle for the North, have released their first game onto Android, an MMORTS game called Arcane Empires.

In this game, as the story goes, the land is in the midst of a civil war as you try to secured your independence from the Korassian Empire. You will need to build up your city, as well as your military, forge diplomatic alliances with other players, and battle it out with opposing forces. 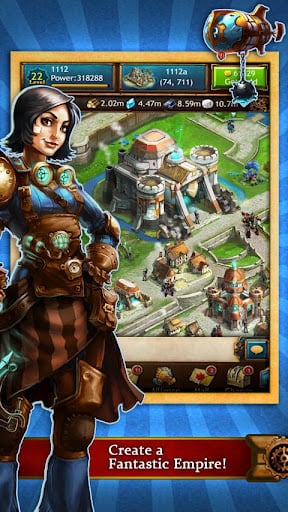 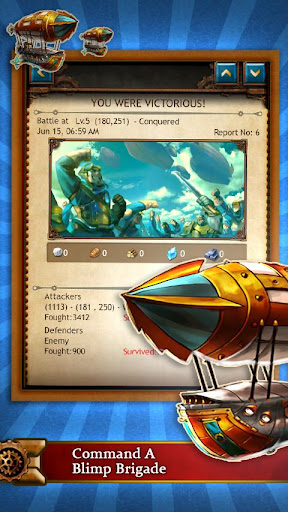 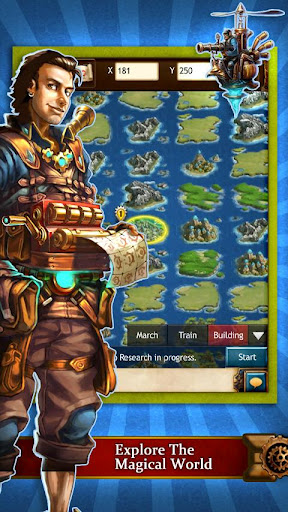 – Play online with thousands of other players
– Forge diplomatic alliances with other cities
– Plan strategy in real time with live chat
– Train an army of shock troops, mechagriffs & dreadnoughts
– Appoint Captains to lead your troops
– Fortify your city’s defenses
– Build a great and powerful colony
– Conquer enemies and isles across the vast world map
– Participate in tournaments for valuable rewards
– and much, much more!

This is a full-sized MMORTS so all of the features you would expect to find in a browser or PC-based MMORTS are included in this game. Even the visuals are high-definition and look just as they would on a PC. You will also be able to coordinate attacks with other players using real time chat should you need to do so.

For those of you out there who are MMORTS fans and have been waiting for a real, full-sized MMORTS to arrive on Android, you now have one. You can grab a copy of Arcane Empires off of the Google Play store for free. Right now the servers are filling up with players so everyone is starting off fresh. Stay tuned as we will be having an interview with the producer of this game tomorrow. If you have any questions, leave them in the comments and we will ask them.