Over the past couple of months we have reported on Gameloft and their line-up of upcoming games for Android. While we all wait for Wild Blood to actually get released onto Android, we do get to play a few other games in the meantime from Gameloft and it looks like we could possibly end up getting another one before Wild Blood arrives. This time around though it will feature some ridiculously cute ponies in the form of a My Little Pony game. 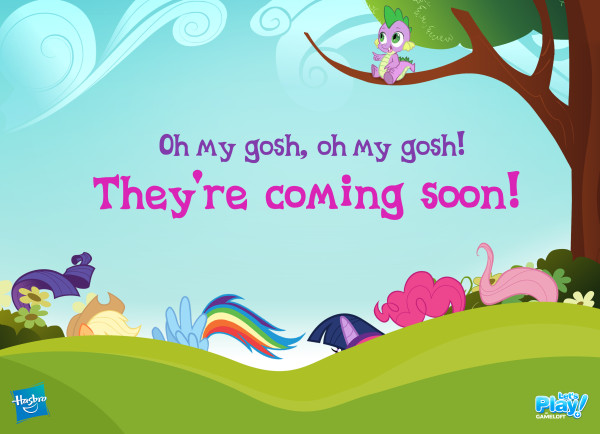 Featuring characters from the My Little Pony: Friendship is Magic animated series, this will be one of two games that Gameloft will be teaming up with Hasbro with to bring them to mobile devices. Apparently My Little Pony is getting close to invading our Android devices now that Gameloft has begun teasing this new game. Unfortunately we still don’t know a whole lot about what this game will entail aside from what little details we already know. Players can look forward to building their very own town of Ponyville, while enjoying a series of mini games to play in between building up your town. You can also expect the game to be free with in-game purchases when it launches onto Google Play.