The auto-running platforming genre on mobile devices is blooming, no thanks to the fact that you don’t need to control the character’s movement and can instead focus on other aspects of the game. One new game that utilizes this same base principle is Polara, which mashes together the runner and platformer genre to come up with an ingenious game.

The game has you playing as Agent Lara in an advanced civilization. She’s enticed to join the rebel movement in exchange to find out the truth about herself. For a game of this sort, it is pretty unknown to have a story tied in, and the story here is not too shabby. So, Lara has to embark on a journey that’s filled with treacherous obstacles. Here’s where the game’s ingenuity lies – the obstacles are color-coded in red and blue.

Lara’s suit is able to change between both of these colors, and based on that concept, your job is to make it through the security system without getting detected by switching to the right color at the right time. The controls are dead simple too – tap anywhere on the left side of the screen to switch colors, and anywhere on the right to jump. 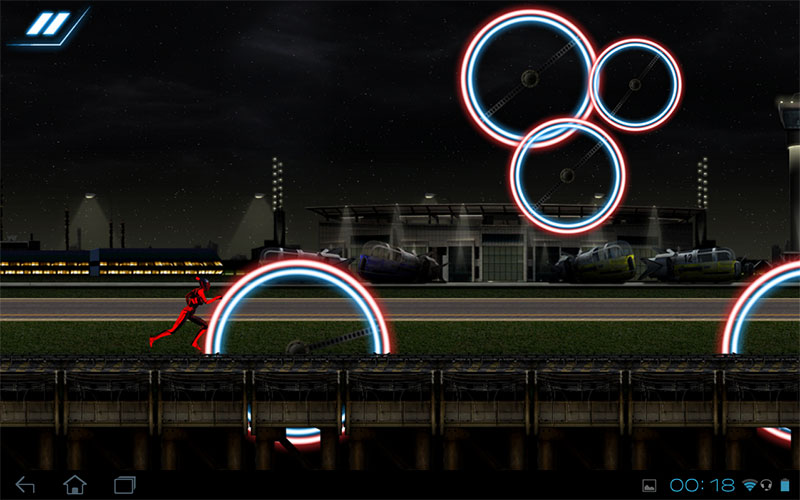 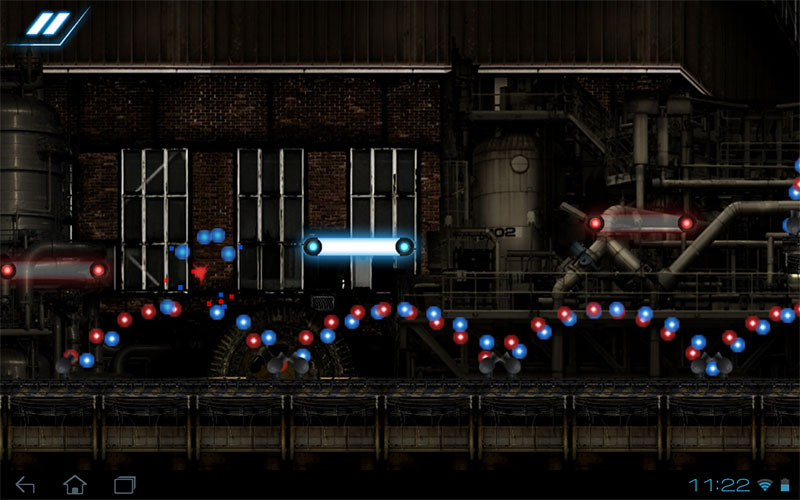 Anyone who’s familiar with the world of Tron will instantly draw parallels between that and Polara in terms of the visual flair – a dark, advance-world setting fused with neon colors. However, I do feel that the game is slightly bland graphically, and the environments could have done with more variation. Meanwhile, the game’s cyberpunk-themed soundtrack is fast and intense.

The thing about Polara is that it requires both the left and right sides of your brains to function seamlessly together. The game plays out at a quick pace, and I’d often find myself mixing up between the colors. So, you must be thinking, there are only two colors and what’s so difficult? The difficult part is focusing your brain, and getting it to coordinate the color-switching process. It’s a little hard for me to explain this, but once you play the game you’ll instantly understand what I’m trying to say. 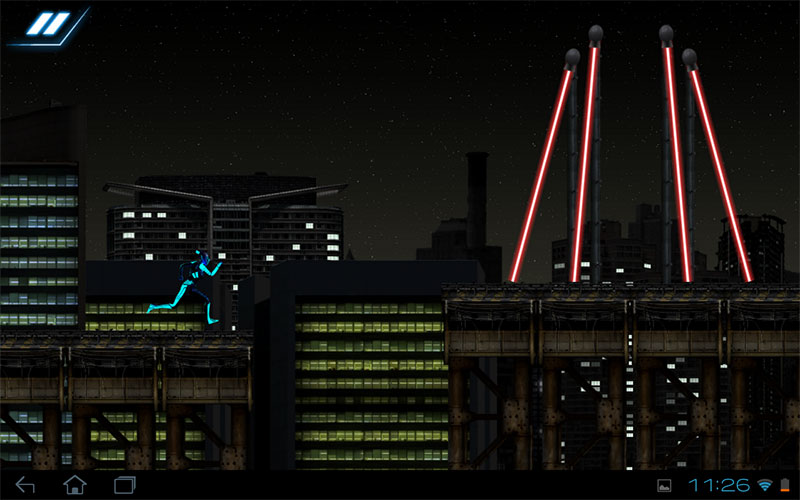 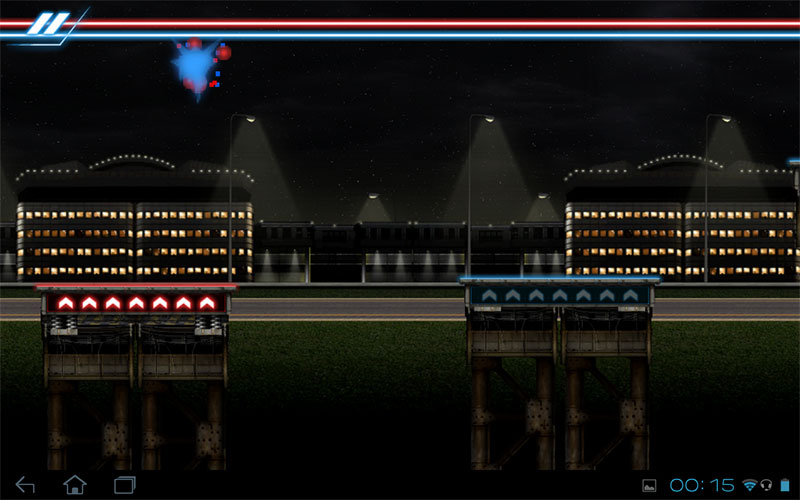 Thank god Polara has a checkpoint based system which saves your progress very often. This is vital because you’ll find yourself dying every few seconds, and hence the ability to seamlessly restart from the last checkpoint is much appreciated. To put things into perspective, in some of the latter levels, I died more than a 100 times, and I average around 50 deaths per level. To anyone thinking of completing the whole game with zero deaths on each level, be my guest.

With 50 levels in the story mode, Polara could have easily become boring due to the seemingly simple concept of the game. But fear not – Polara manages to stay fresh throughout the 50-level story mode by presenting different types of challenges each time that adds a layer of depth to the game, including boss battles after every 10 levels. Moreover, the game has six endless modes that can be unlocked as well, meaning that content wise it offers a lot.

All in all, Polara is a freakishly challenging game that gets top marks in terms of the game mechanics. The color-switching based gameplay is something new and adds life into the overused runner-platformer genre. But casual gamers who’ve come to like games of the same genre might get frustrated due to Polara’s somewhat high difficulty setting. Still, Polara is a game that you have to get, especially since there’s nothing like it out there.