For those of you who read our last article about the update for Gameloft’s MOBA title Heroes of Order and Chaos, and watched the character rundown video in that article all the way to the very end, you might have noticed something a little interesting there. It seems Gameloft does in fact have another Order and Chaos title up their sleeve called Order and Chaod Duels.

If you remember that leaked 2013 line-up of Gameloft games, this one was also on that list just like most of the recent game releases have been. So far everything seems pretty on point with that leak. So what exactly is Order and Chaos Duels? Well we don’t really have a lot of details right now about it but from what we can tell in the little teaser at the end of the Heroes of Order and Chaos character rundown video, this will be a trading card combat game based on the Order and Chaos universe. 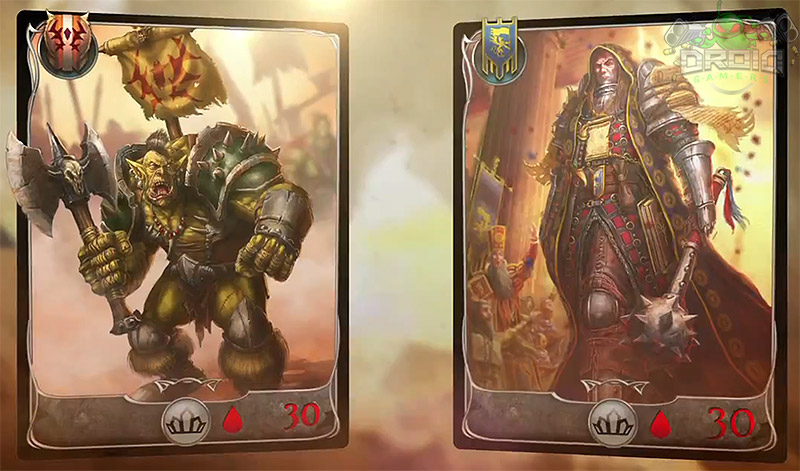 If the video is any indication, there will be animation in a fair amount of the game although that is still more of a guess. In order to compete with the top games of this genre though it would have to be. Also we can pretty much safely guess that Order and Chaos Duels will have multiplayer as well.

As for when this game will arrive, all we know is that it is slated for release this Spring. You can check out the video again below.