Earlier in 2012 we started talking about a rather entertaining game called Eden to GREEEEN from iNiS Corp. which was heading to Tegra-based Android devices. Back then we also got to sit down during GDC 2012 and get some hands-on time with the game and it was certainly quite a fun game even though we only had a short time with it. It also seems that instead of publishing the game themselves, iNiS Corp. has let Zynga publish Eden to Green onto Google Play instead.

After that though things went quiet in regards to Eden to GREEEEN regarding the game’s actual release. Now almost exactly a year later iNiS Corp’s game has appeared back on Tegra Zone as well as on Google Play and to top it all off, there are less amounts of the letter ‘E’ in the name. In all seriousness though, for those of you unfamiliar with Eden to Green, this is a rather interesting turn-based strategy game where you play as plants who are trying to make the area in each stage clean and healthy again. 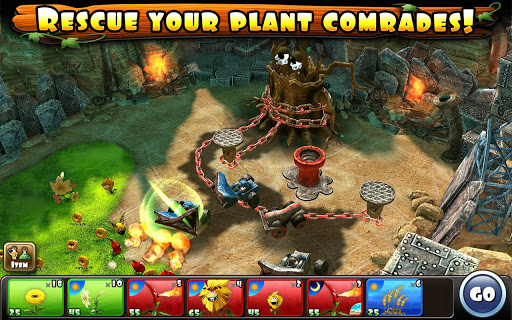 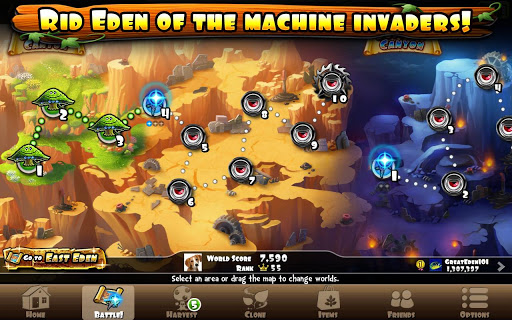 You will be going up against a variety of different machines which are trying to stop your growth. As you plant your flowers, an area around them will flourish with grass but as you do that, the machine will advance towards you in order to try and kill your flowers and stop you from reaching your ultimate goal in each stage which is to surround the mystical tree with enough grass to have it come back to life. You can also only plant each flower inside an area that is healthy, adding to the level of strategy in this game as you’ll need to think a few moves ahead.

– Over 100 plants and trees all beautifully animated and rendered in realtime 3D using Unreal Engine 3
– Choose between Expansion, Offensive and Defensive plants to execute your counter-attack
– Rise against the machines in 4 world areas with over 45 maps in each area
– Become friends and borrow plants from each other
– More maps, plants and campaigns will be constantly available via updates
– Optimized for Tegra devices featuring high resolution textures, highest quality shaders, tons of on-screen characters and beautiful effects galore

Players will have a large variety of flowers at your disposal to fight back with, each with their own unique abilities. Some allow for further area of growth while others may have stronger attacks. You can also lessen the amount of machines coming at you by surrounding their ‘outlets’ with plants as well, effectively shutting down that conduit for the machines to come out with. 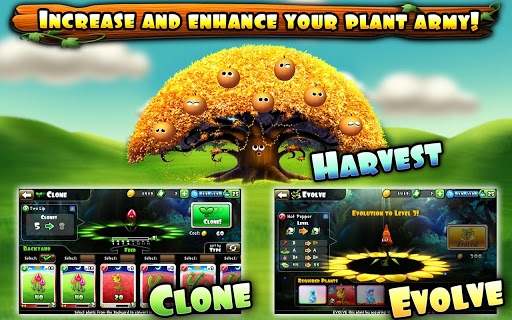 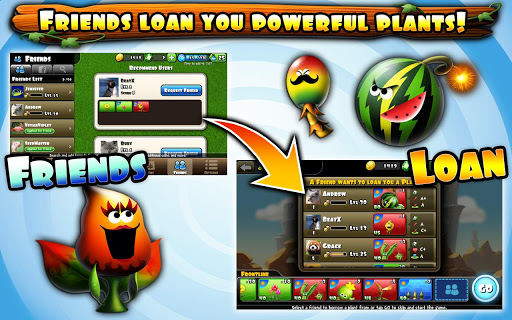 Visually, when we played the game last year, it was quite impressive not just because of the quality of the 3D graphics but everything is animated and there is quite the attention to detail. There is a of strategy involved in Eden to Green but it can also get pretty hectic as well.

Without going too much further into the game and making this article end up being a review, if you’re a fan of strategy games you’ll want to check Eden to Green out when it becomes globally available. When it is available for download, it will be for free since it is a free-to-play game with IAPs. When we played it last, you can play the entire game through without spending a dime but if you want to unlock plants faster or unlock a unique plant, you can do it through an in-game purchase.

The only thing we aren’t sure of right now is if it will still be Tegra only or if it will be available for everyone but Tegra devices get the usual visual perks.