While there isn’t a whole lot of details regarding the upcoming update yet, like the amount of levels that will be arriving when it launches, this particular Springtime update will be much more festive than previous ones. Rovio gave out some hints to AngryBirdsNest regarding the update stating that, aside from being quite festive this time, there will be some ‘pretty interesting trick shots’ that players will be able to do in this update. This hints at new game mechanics coming our way and is further supported by an exclusive image that Rovio made for the hardcore fan site. 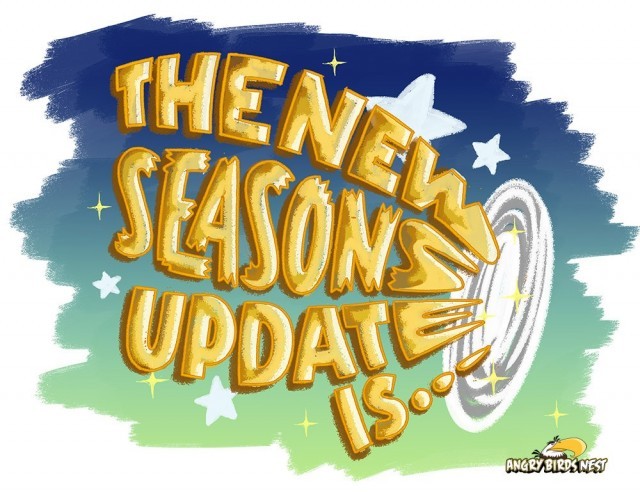 In the above image, there are apparently hints as to what might be some of the new mechanics. Judging by the image, it looks like there will be some sort of teleporting type of mechanics that we will be able to take advantage of. It also looks like one of the central themes for this update will focus more on how nice Spring nights are, that is if you take into account the stars in the image.

As to when this update will be arriving, that hasn’t been announced yet but usually when Rovio announces that an update is coming, it doesn’t take too long to actually arrive.