Facebook buys Oculus Rift for $2 billion, Google buys Twitch.TV for $1 billion. This is certainly the time to be a gaming start up. Whilst many sites have spoken of this as a rumor Variety.com has reported that the deal has already been made. Either way, there’s no smoke without fire, especially if the reports of Twitch turning down Microsoft in favor of Google are true.

Obviously this is huge news for gamers, content providers, and, by the size of the Twitter reaction, anyone who has access to the internet. Google has managed to split hairs for the past few years with some of their decisions (cough, Google Plus Youtube comment integration, cough) proving polarising to the online world. So it was with little surprise that #RIPTwitch started trending over the weekend.

However, is this really such a big deal?

Well, probably, and also probably not. Twitter is a hyperbolic melting pot of opinion so it would be unsettling if people hadn’t taken to it in droves proclaiming fire and brimstone. However, there does seem to be a prevalent, if vague, feeling that Google will change Twitch.TV dramatically for the worse, likely with the aforementioned Google Plus integration.

Let’s look at the numbers. Twitch is currently running with around 45 million monthly users, which is a heck of a lot. Youtube, however,  racks up an estimate of one billion users every month. The numbers reduce Twitch to a drop in the video streaming ocean. Which, in all honesty, it is. However, as a specific product Twitch has a solid user base that is more or less heterogeneous. If you provide content for, or watch, Twitch you are likely a gamer; or your lost. 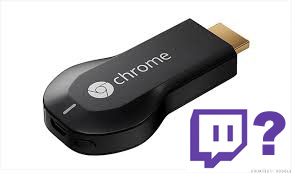 YouTube and Twitch are two very different services when their target audiences are taken into account. Sure Youtube dwarfs all other video sharing sites, but Twitch has monopolised the gaming and e-sports streaming market. Owning both Youtube and Twitch will give Google an even greater monopoly and it will be interesting to see if Google simply leaves Twitch as its own entity, or tries to bring it into the Google Services fold. I think the former is the more likely, with Google updating their gaming services to take advantage of streaming to such a ready audience.

Whatever happens, keep your eye on Twitch over the next few months. The Department of Justice will doubtless be sniffing around, anticompetitive lawsuits on their lips. And now that the owner of Android owns Twitch I wouldn’t be surprised if a deeper level of integration is imminent. Google Play Games with Twitch support? I would certainly give a little time to watch my favourite names in gaming play through Android or IOS games, and it can only serve as an incentive for developers to increase the quality of their mobile offerings.

Who knows, Google may yet release some sort of gaming device, and the rate at which the Chromecast and similar systems have been adopted by game developers can only increase if streaming is thrown into the mix.

With all that in mind, hit up the link below to get the Twitch app from the Playstore.