Kemco is keeping up with the trend they have set for themselves in regards to consistently launching retro-style RPGs onto Android and today we get another one to play called Asdivine Hearts. In this game it is your goal to restore the balance of light and shadows to your world. In other words this basically means you will be taking a journey to save the world.

Asdivinie Hearts is actually a slightly different RPG title than what most players will be used to coming from Kemco. Firstly, the art style is different than the company’s usual retro-style graphics. Instead all the visuals are detailed and hand-drawn, making this a bit more visually appealing than the usual retro RPG. 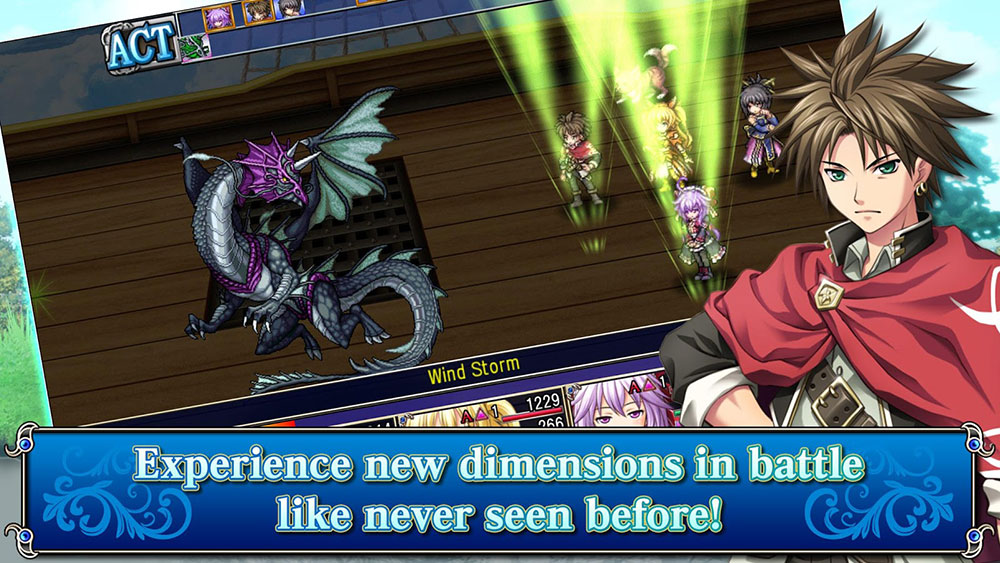 As for the story itself, here is a bit of the background from the developers:

One year prior [from where the game starts], the world of Asdivine was enveloped by a brilliant flash of light. Since that time, the influence of shadow has only continued to grow ever more powerful across the face of the land. And though the event itself was undoubtedly connected with the heavens, few people seem to have realized the far-reaching implications of what transpired. Now turning to the present, a surprising revelation awaits a young man by the name of Zack [who you will be playing as] and his childhood friend, Stella, in the capital from a chubby cat claiming to be none other than the Light Deity and declaring the world to be on the verge of a great collapse.

As you have probably figured out by the background story, players will take control of Zack and will be guiding him through his journey to save the world. He won’t be doing it alone either. Zack will have up to four additional friends (and a cat) in his party that will be helping him out, whether that be solving puzzles, finding items, or killing enemies that get in your way. 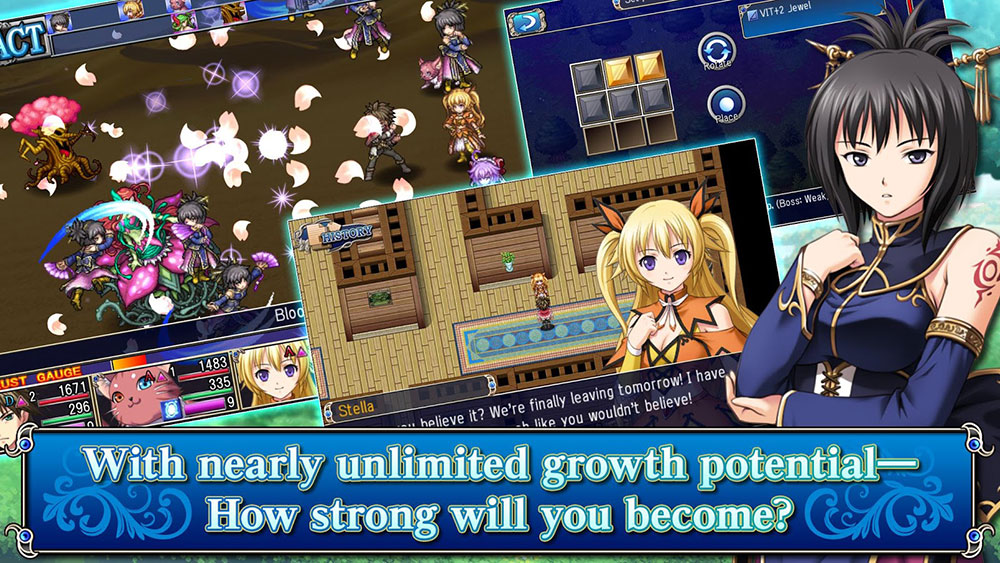 Kemco enjoys adding unique features to each game release and Asdivinie Hearts is no different. For example, customizing your character can be done using puzzle-like jewel pieces and putting them into a box called the ‘rubix’. Depending on the jewels you use, your character will gain unique abilities and stats ranging from lightening-fast reflexes to different statues like Berserker.

There is plenty more to Asdivinie Hearts in terms of features, many of them what you would expect to find in a turn-based RPG title. For those of you interested in checking this game out, you can pick it off of Google Play for $3.99. You can also check out the game in action in the video below.