Fans of the card game that was a Kickstarter phenom (getting $8 million+ in funding), there is good news: Exploding Kittens is coming soon to Android. The gameplay for the original card game is simple, in that players may play any number of cards they desire from their hand. At the end of their turn, they must draw a card, and then the next player does the same. Play continues until someone draws a card of an exploding kitty, at which point the player in question loses.

This continues until only one player remains, who is the winner by default. Some of the cards in the game allow players to skip the draw at the end of their turn, or force an opponent to take two turns consecutively (drawing after each), or diffusing an exploding kitty, thus extending play. In short, players are attempting to “stick it” to their opponents. Much of the card game’s appeal comes from its humor, both in text/rules, as well as the art, which was done by Matthew Inman, the author of the comedic site The Oatmeal. 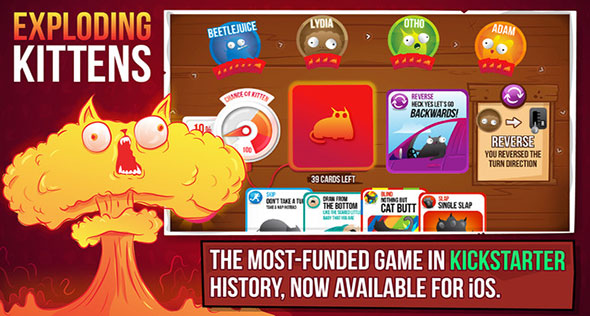 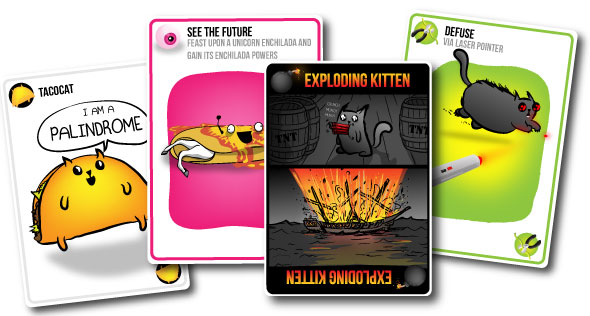 With its recent release on iOS, we can learn a few things from it. First, it will support any number of players between two and five that are in the same room. Currently there’s no mention of any play that’s exclusively online, though that’s apparently in consideration. The digital version also includes both new cards that the physical version doesn’t, as well as sound effects. The length of the digital games are short, averaging five-ish minutes, with the focus being on playing the game repeatedly.

Exploding Kittens will cost a flat $1.99, and lacks any mention of IAPs being involved. And while the game is coming “soon”, we don’t have a specific release date yet but will post an update when we find that out. In the meantime, you can check out some gameplay in the video below. 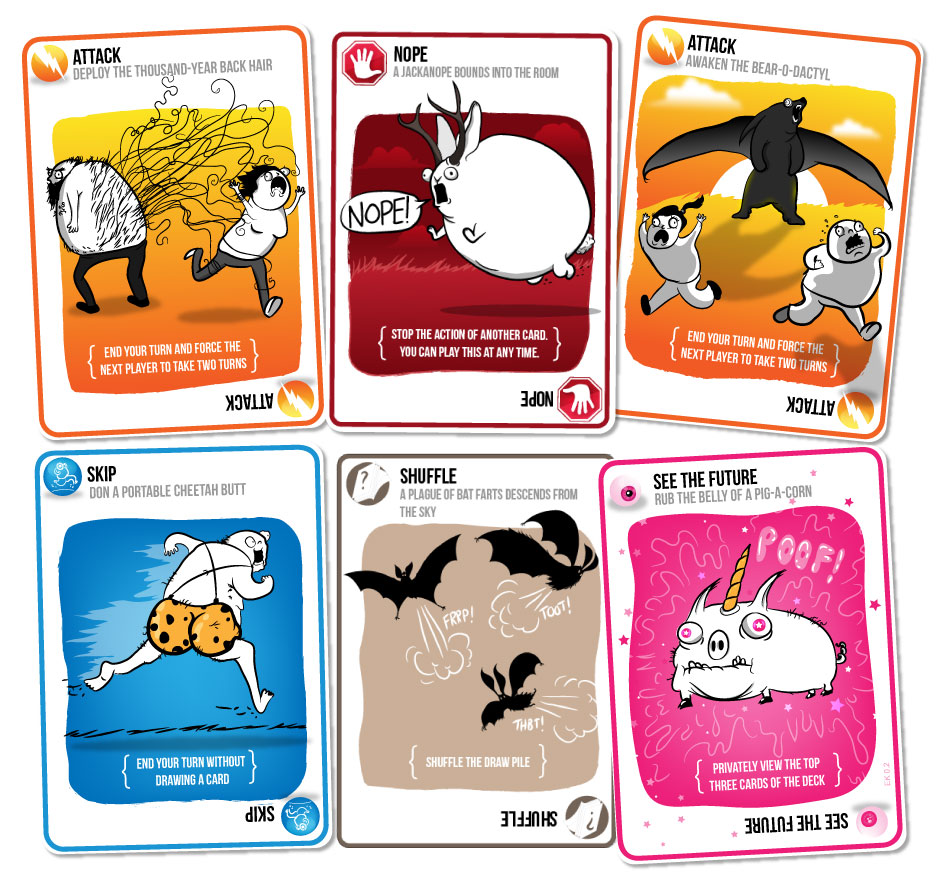