Since this is a CCG, this means players will be collecting cards and forming decks (consisting of 30 cards) to use in combat. However, since this is a Virtual Reality game, that means you’ll be right in the mix of everything. This should make for a rather unique experience to say the least. Players will go up against one another, with matching being based on skill levels, and as you summon cards to use in combat you will get to see them come to life as full animated units.

In Dragon Front, war has destroyed the world of Terrene Gall. To prevent the world’s destruction and win the war for their faction, players must travel back in time and use all available resources to gather new soldiers, discover powerful spells, construct a mighty fortress, and call in legendary champions. 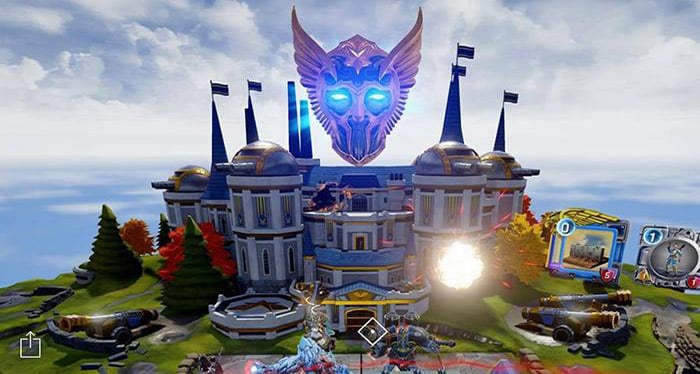 • Unique Factions: Choose from thematically diverse armies with unique powers, traits and creative strategies.
• Legendary Champions: Every deck holds a legendary champion, whose cost diminishes as his or her side nears defeat, ensuring an epic showdown in the last minutes of every game.
• Collectible Cards: Construct a 30-card deck from over 260 battle-hardened soldiers, battlefield fortifications, and magic spells.
• Additional Downloadable Content: The first three add-on packs are in development, each with new factions, champions, and fantastical landscapes. The game launches with two factions with more included in new updates.

Each team can also summon a rather large legendary ‘boss’ type monster to fight for them. Obviously pulling something like this out should change the tide of the battle for you when done right. All of this is to earn top place on the leaderboards in Dragon Front and should this take off, we wouldn’t be surprised to see something like this as one of the first VR eSports titles in the near future. 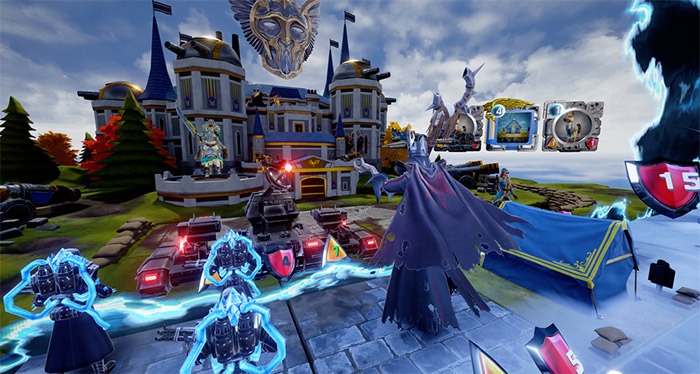 Right now Dragon Front only has a ‘later this year’ release time frame and so far the Oculus Rift is the only headset it has been announced for. We will definitely be keeping an eye out for some hands-on fun at GDC 2016 next month should Dragon Front make an appearance there. Between this and the Sword Art Online MMORPG coming in Virtual Reality form, there’s some interesting games to look out for on the horizon.