The two authors mentioned have done other work as well, most notably they are the creators of the LucasArts classic Maniac Mansion. In this game players will be taking on the role of Special Agent Ray who has come to Thumbleweed Park to solve a murder that has happened. 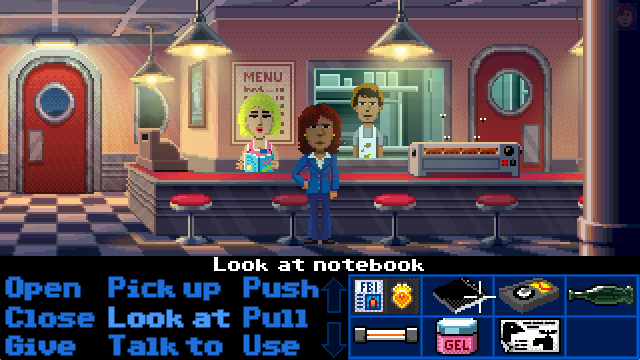 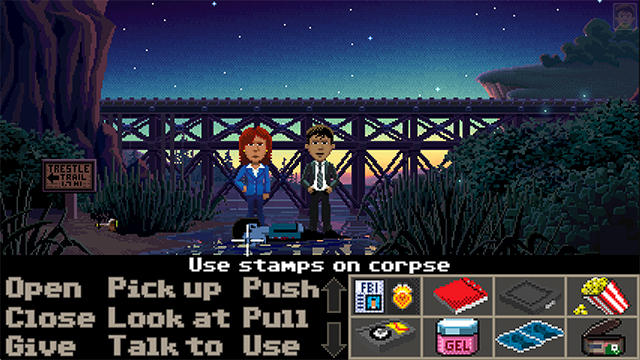 When Special Agent Ray arrived in Thimbleweed Park, she immediately had doubts the dead body in the river would suit her needs. Stuck in the past, the small, strange town stunk of a desperate longing to be what it once was. And yet, as Agent Ray is about to discover, Thimbleweed Park is a dangerous, mysterious, and unexpected place with much more to hide than a bloated, pixelated corpse — a victim of death come too soon.

• Five playable characters
• A vast and compelling world to explore at your own pace
• A cast of thousands (ok, twenty)
• A joke every 2 minutes… guaranteed!
• No deadends! No stupid puzzles!
• Some more stuff…

This new video is actually the first official trailer for Thimbleweed Park, giving an idea of the type of gameplay you can expect from this game, as well as a look at the visuals. Unfortunately there will be a bit of a wait with the release as there is just a general ‘later this year’ launch time frame. We will, however, be checking this game out at GDC 2016. 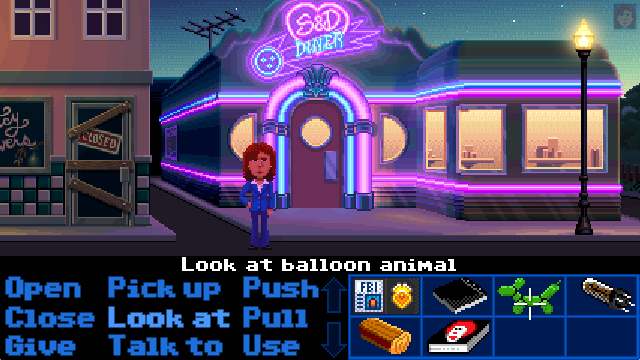 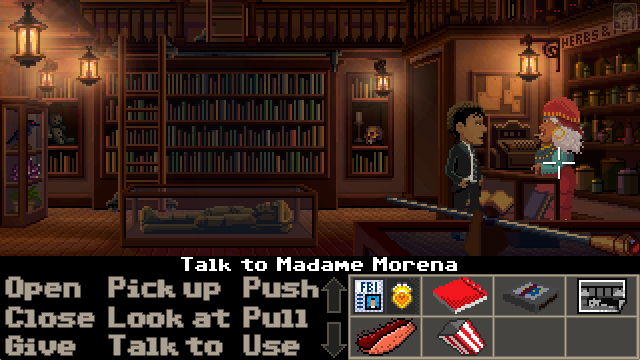