UPDATE: Thursday, March 31st – 10:12 AM, PST: Crescent Moon Games collaboration with We’re Five Games is now live in the Google Play Store. We have had a little bit of time to play Hammer Bomb and we have really been enjoying it. The game is available to download for free and does include optional in-app purchases. The link to download the game can be found below. If you find that it is saying your device is not compatible, give it a few moments. Crescent Moon made some slight modifications, but everything should be fine by the time you hit the install button.

We’re Five Games, which is based in Minneapolis, MN is an independent game studio. They have chosen to work with Crescent Moon Games on two of their games that will be released for mobile devices. The first game we get to experience is Hammer Bomb. If you love voxel-based games, then you are in for a treat. Hammer Bomb is full of voxels and beasts to boot. It’s you and your weapons against whatever you will find lurking in the dungeon, as you search for adventure, loot and glory in your quests. 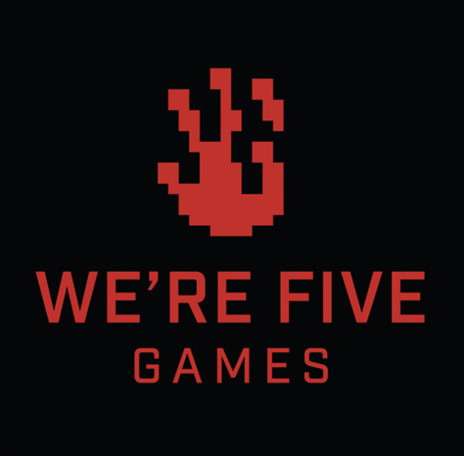 “Are you ready to enter a dark maze and dungeons – full of monster hordes and treasure? Help Sir Hammer Bomb rescue all of his captured soldiers! Hammer Bomb is a new twist on dungeon style arcade games. Easy controls for anyone to play, but on a few will master!” – Crescent Moon Games/We’re Five Games

Based on the trailer for the game, Hammer Bomb will have plenty of exciting game play and humor. Who wouldn’t want to go on a quest for different types of junk food. They had me at pizza and donuts! Sure, tackling beasts with cool weapons was also sounded interesting. The choice to use simpler graphics/voxels is an interesting one, but it hearkens back to classic dungeon crawling games. It fits perfectly within the genre, so it doesn’t look forced. The game play also seem quite fluid, which should produce quick and frantic action. 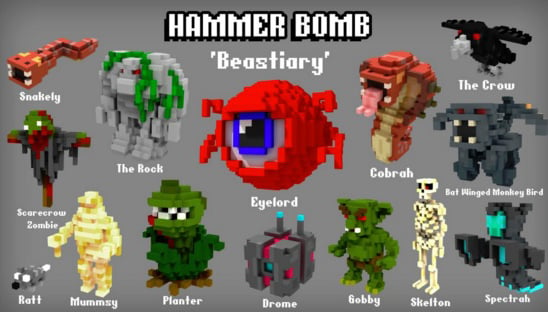 Hammer Bomb will be available Thursday, March 31st for Android. Once the game goes live in the Play Store, we will update this article. In the meantime, check out the trailer below and the awesome music that accompanies it, by Evan Gipson. We’re looking forward to playing Hammer Bomb this week.