Released by Nexon Mobile, DomiNations is a strategy game that spans most of human history. Players will assume control over one of eight different nation/states: Romans, British, Chinese, French, Germans, Japanese, Koreans or Greeks, all having unique advantages, and set out to build a growing metropolis, but from the humblest of beginnings.

To start you will need to just get by with a village full of hunters and gatherers. The idea is to take this rudimentary community and guide it throughout the major points of history and into the space age. You need to do this while managing their economy, handling conflicts with other nations, and researching the more than 100 technologies, structures, and ‘Wonders of the World’ along the way. We’ve previously covered the game here and here in regards to past updates in case you want to read up on those as well.

In celebration of the game’s first birthday, an update is being added that focuses on World War II. Players will have access to some of the equipment of that era, such as bazookas for shooting out tanks, mortars for ranged attacks, or the ability to drop paratroopers behind enemy lines. The update will also include events that are inspired by the war’s more famous battles, such as D-Day and Guadalcanal. 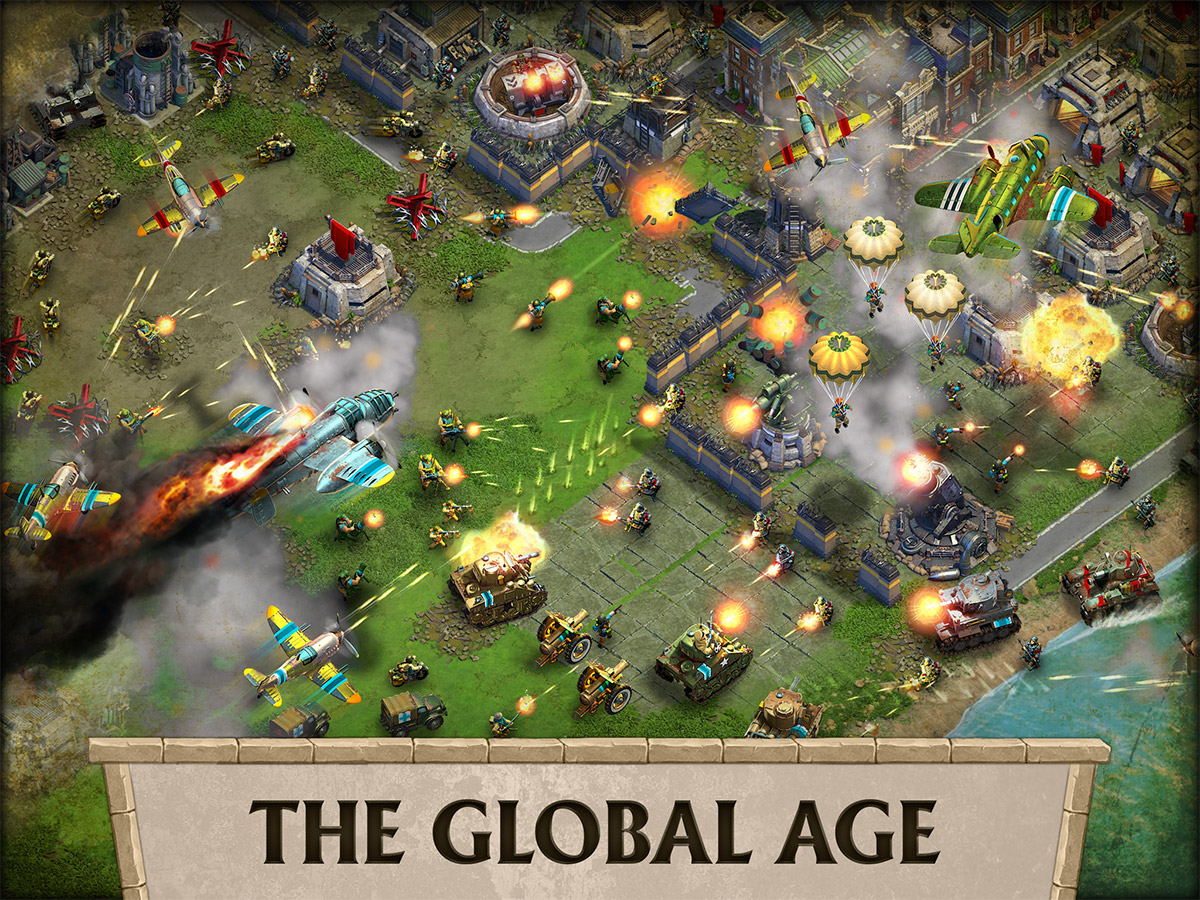 • New upgrades for all existing unit types, and 3 brand new units: Transports, Bazookas, and Mortars
• Additional Building upgrades
• Get the new Air Superiority Blessing and watch your planes dominate
• Generals now have 10 additional levels
• Library upgrades with 4 new Techs: Command, Warfare, Resistance, and Heritage Multiplayer Battle Refactor
• Closing or crashing out of a World War or Multiplayer battle will now save your stars, resources and progress

New and long time players will both see packages getting air dropped into the respective bases. These packages will increase the chances that the players get both try out the late game content, as well as speed up progression through the Ages. DomiNations is available for free from Google Play, and includes optional IAPs as well. You can check out the DomiNations update trailer below.