A team effort by Nexon M and Big Huge Games, the mobile strategy combat game DomiNations has done pretty well for itself since the game’s release back in April 2015, already passing the 1 million downloads mark in a pretty short period of time. Today Nexon M has released a new trailer in order to show off the game’s newest update which also has just arrived called the Oil Boom update.

DomiNations is the brain child of game designer Brian Reynolds (Civilization II, Rise of Nations) which sort of follows the same style as his previous games. Players will start off with their little village and through research, advancement, and military expansion, will grow their village into a massive kingdom. You will also go through different ‘Ages’ as well, basically those being major technological advancements like we’ve actually experience as humans. If you’ve played franchises like Civilization then you probably have an idea of what I’m referring to.

This new Oil Boom update is pretty much just like the name suggests, Oil as a resource has been added to the game that can be mined and collected. The introduction of a new resource means that there is also new units that can be made and fueled by Oil (which basically means you can buy new units using the Oil resource). 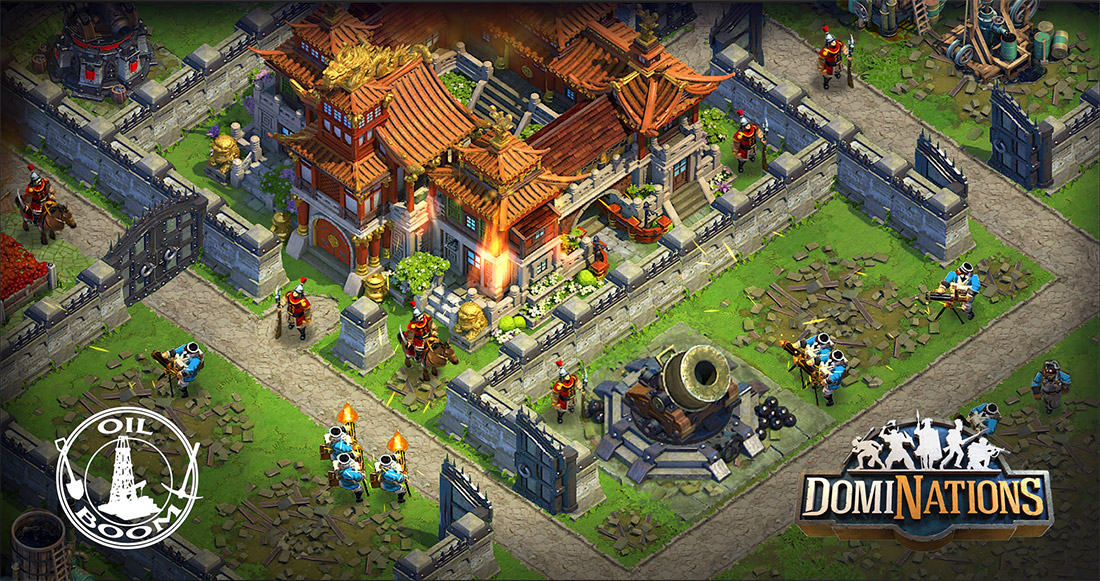 ● Discover Oil: Beginning in the Enlightenment Age, players can build Wells and Refineries to collect and store oil and use the resource to buy tactical new units.
● Gatling Guns: This new offensive unit creates a wall of lead that can cut through large groups of defenders and pave the way for the rest of the invading army.
● Guerrillas: Undetectable by enemy towers, this new unit can sneak through gates and plant explosive to clear out enemy defenses but attackers beware, enemy defenders can seek them out on foot and destroy them with ease.
● Attack Efficiency: The latest update also brings a series of fixes including better troop movement, focused fire and targeting.

As with any new resource that is introduced to these types of games, the dynamic within the game changes a bit. So current players will need to check out everything and make the appropriate adjustments now that Oil is in the game.

The Oil Boom update is now live and available for download off of Google Play. If you want to check this game out, downloading a copy of DomiNations can be done for free. You can check out the update in action with the new trailer below.