AfterLoop from eXiin is now available to download. Check it out!

Several months ago, I came across a neat looking puzzle game starring a little robot named PR8. It looked to have the right mix of puzzle elements, sleek graphics and an interesting story. I sent a query to the game developer about it, and was elated to hear that it was coming to Android. Unfortunately, I lost track of it with so many games being released for Android so far this year. However, I received an email today saying that AfterLoop from eXiin is now live in the Play Store. I couldn’t be more pleased to see it arrive.

If you enjoy puzzle games, then AfterLoop is a challenge that you will want to undertake. After watching the opening intro and playing through the tutorial, I immediately knew this was something that was going to be enjoyable. eXiin has crafted a puzzle game that is challenging, has easy to use controls, depth and plenty of puzzles to solve. 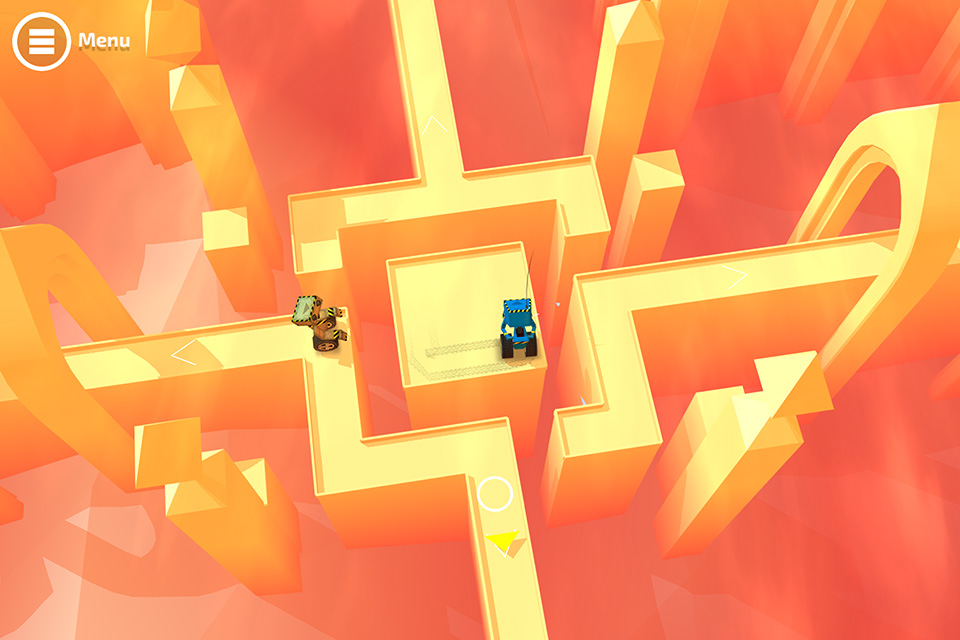 “Are you capable of solving all the mysteries and puzzles across a massive labyrinth with over 300 challenges? Join PR8 in its journey to save his siblings. This cute robot will have to pass through a gigantic labyrinth, forest, flaming ruins and sea-side cliffs. Solve a wide range of puzzles with an incredible variety of challenges, while opening new paths towards answers and get closer to the exit.”  – eXiin

eXiin is based in Brussels, Belgium. Their studio started early last year, and there are only two people in the studio, Sebastien and Sam. They have an additional puzzle game called ROTE, that is already in the Play Store. They have another intriguing game that they are working on called A Wild New World. It is amazing how much two creative people can produce. AfterLoop was released for iOS earlier this year.

The goal in the game is to get PR8 to the exit. Along the way, there are multiple stars that you will collect, as well as bits on your adventure. It is set up like other games. If you obtain three stars, you have successfully completed the level. You can complete the level without all of the stars, but most people will attempt to get them all. In addition, since there are obstacles in your way that must be pushed, the amount of pushes you use in a level, and the speed of which you complete the puzzle, are also calculated. 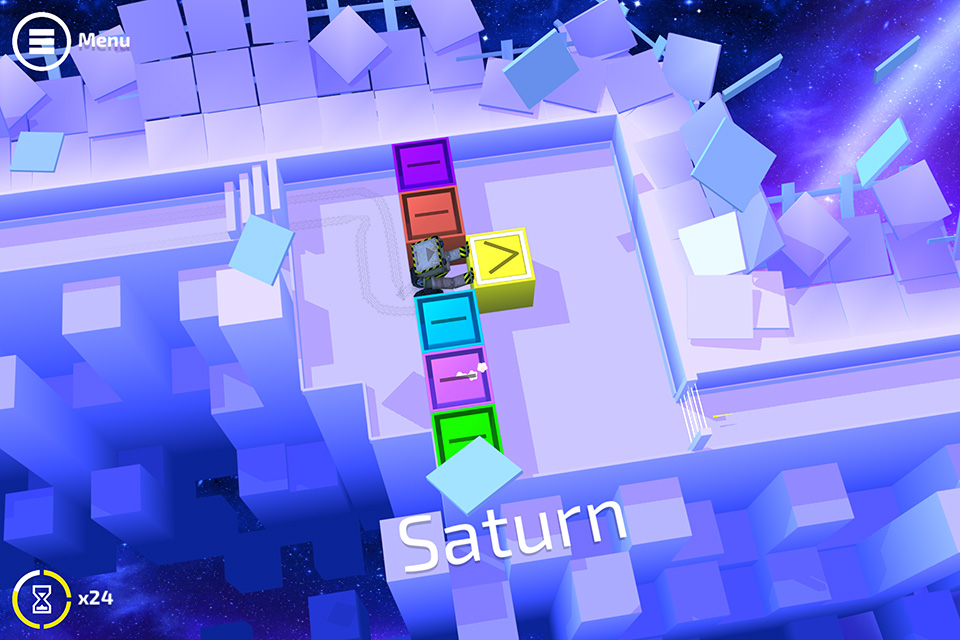 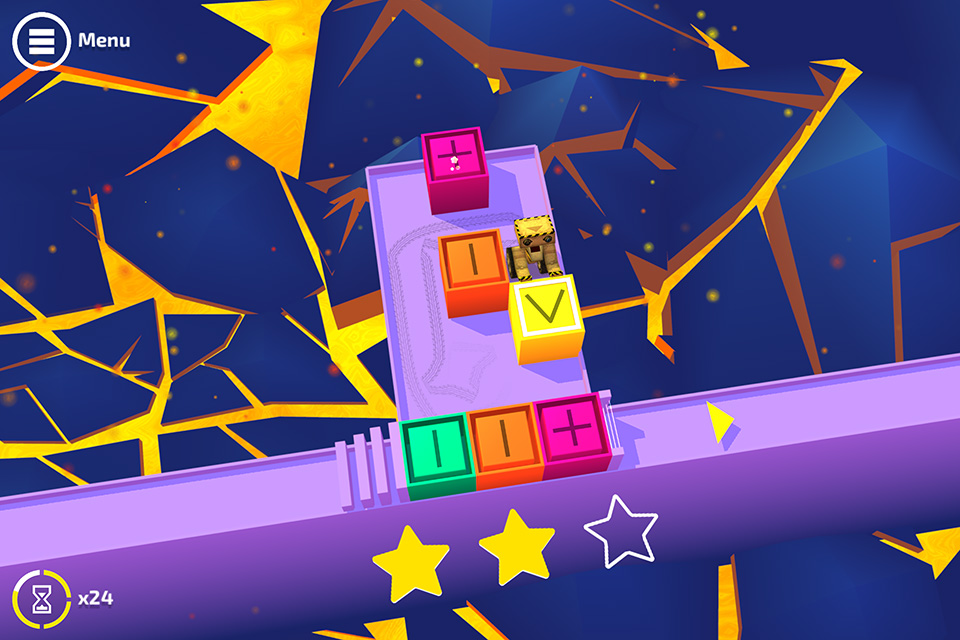 What that means is that you can play the levels over again to minimize your time, or limit the amount of pushes you use to get through the level. You move PR8 with simple swipes up, down, left and right. You can only push though, no pulling. The blocks, once you interact with them, give you an idea of what is possible, by showing you in which direction they can move. It takes a little getting used to, but once you do, manipulation of the puzzles becomes easier. I kept wanting to pull the blocks, but that is part of the strategy in solving the puzzles. You almost have to figure out your moves before you make them. If you can limit your errors, and the amount of pushes, you will get through the level quickly. Time is a factor here too. If you don’t get the puzzle done in time, you have to start over. I have already run into some head-scratching moments, but who isn’t up for a little fun and cerebral gaming. Collecting bits allows you to customize PR8. There are also different accessories that can be purchased with real money.

PR8 and his/her surrounding environments are crisp and colorful. PR8 is wonderfully animated and the sound effects in the game, add to the level of immersion with the story and puzzles. The game is well-crafted and the puzzles become more difficult with each level. The art direction and level design is impressive. Even down to the interaction that you must undertake with PR8, to select the next level, once you have successfully completed the previous one. It is a nice touch, and this game really shines in the finer details. 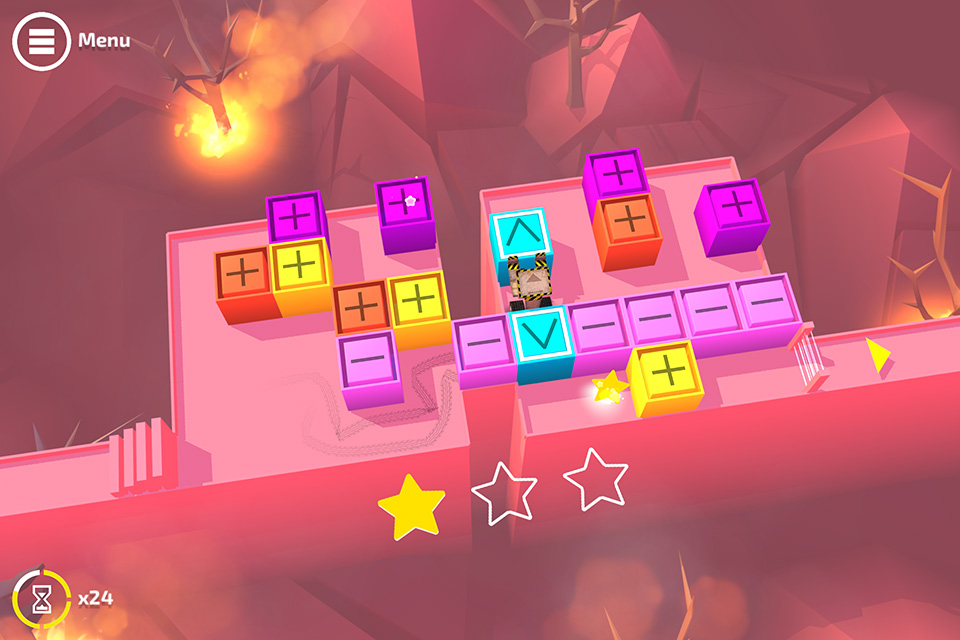 AfterLoop is a free-to-play game. It does have in-app purchases, which are primarily used to customize PR8. You can also increase the time of play on a puzzle with raising the time coins limit, or turn off the ads for $4.45 Additional bits can be purchased too, but you don’t need the bits to be able to enjoy the full game. The game is integrated with Google Game Play Services with six achievements to unlock and Leaderboards.

AfterLoop is a welcome addition to the puzzle genre. I think PR8’s journey will be enjoyable, but at the same time, will test your mental tenacity. eXiin has put together a well-polished free-to-play game, that is worthy of downloading. On another note, the game is also featured in Google Play’s Indie Corner, which is nice to see. Hopefully Google will continue to highlight these games that may get overlooked, because they are from independent game makers.