I was a huge fan of the original game Air Attack. I couldn’t believe that a game could look so great on a mobile device. The only other game that compares in my opinion, to the beauty of the Air Attack game is Skyforce 2014. Both games had lush visuals and plenty of action and explosions, to make the games visually appealing and challenging, when it came to SHMUP games. I was elated to hear that a sequel was in the works, and eager to get my hands on it to test out the gameplay. If you enjoyed playing the first game, grabbing the sequel is a must. The game is stunning.

If you are going to have art as part of your name as a game developer, you need to have the ability to do that… produce art. Air Attack 2 has unbelievable design and art. There are also cinematic sequences that really show you the design capability of the studio. There is a decent-sized campaign, as well as opportunities for you to play in timed events. The game is free-to-play, but that does not hamper how much enjoyment you will have playing the game. Everything in the game is well-balanced, from upgrading your plane’s equipment, to buying new planes. The game can be enjoyed without the worry of hitting a pay wall. 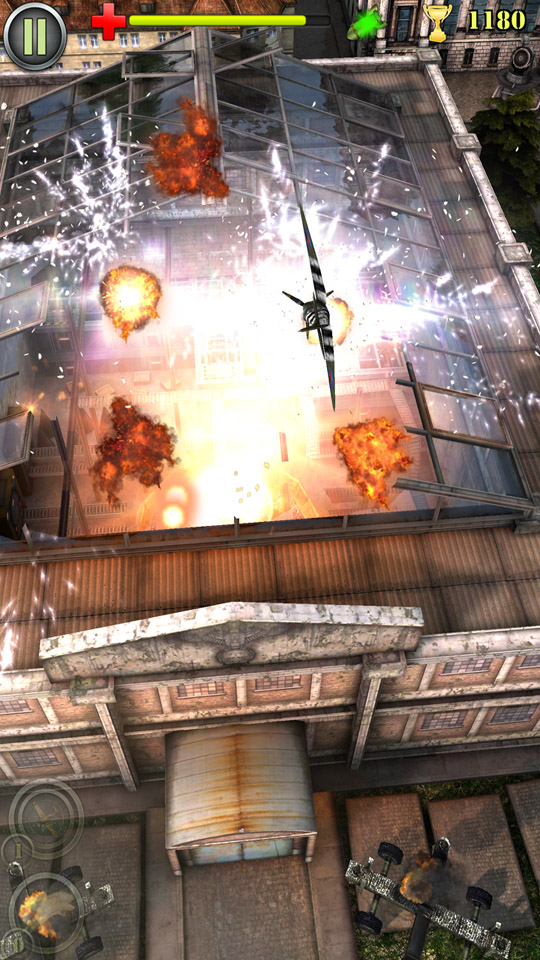 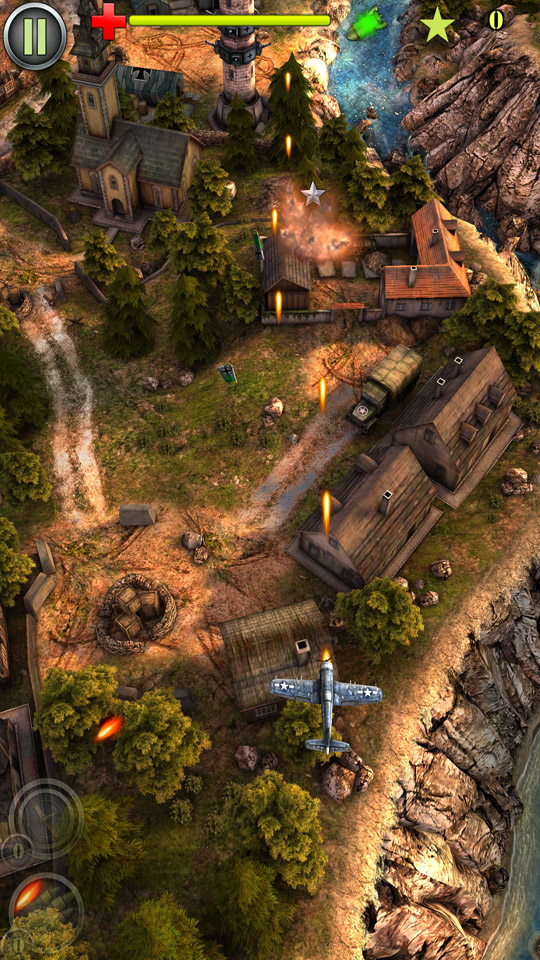 Air Attack 2 has you controlling some pretty amazing airplanes such as F4UCorsair, Spitfire, Yak, P40-Tigershark, and P38-Lightining. You can equip each plane with different armaments, bombs, add wing-men and tail gunners. The tail gunner is actually one of my favorite parts of the game, as it switches you to a different perspective, where you are right behind the sites of the gun, taking down enemy planes, tanks, trains and bridges. The destruction of pretty much anything on the screen is part of what is so impressive with the game. If you take out a train track on a bridge before the train reaches it, or the train is already on the track, the train will crash in on itself and plummet to the ground below. The explosions and balls of flame from the bombs you drop, cripple anything in the nearby radius.

There are three options for controlling the plane. One is touch, another is relative touch, and the last is using tilt. Touch is the option I prefer. Firing of your weapons happens automatically, with the exception of tapping the screen to drop bombs. Most of your time will be spent trying to avoid enemy fire… and there is plenty of enemy fire. Squadrons of planes twist, swoop and barrel directly at you. While you are avoiding the barrage of bullets, you will need to complete any of the three goals that each map has on the campaign. Completing all the goals in one shot may not be easy. The good thing is that you can play the level again. If you completed 1 of the three goals, the next time you play that same map, that goal will still be completed. You don’t have to start over. Even though you probably wouldn’t mind just to see the amazing art in this game. 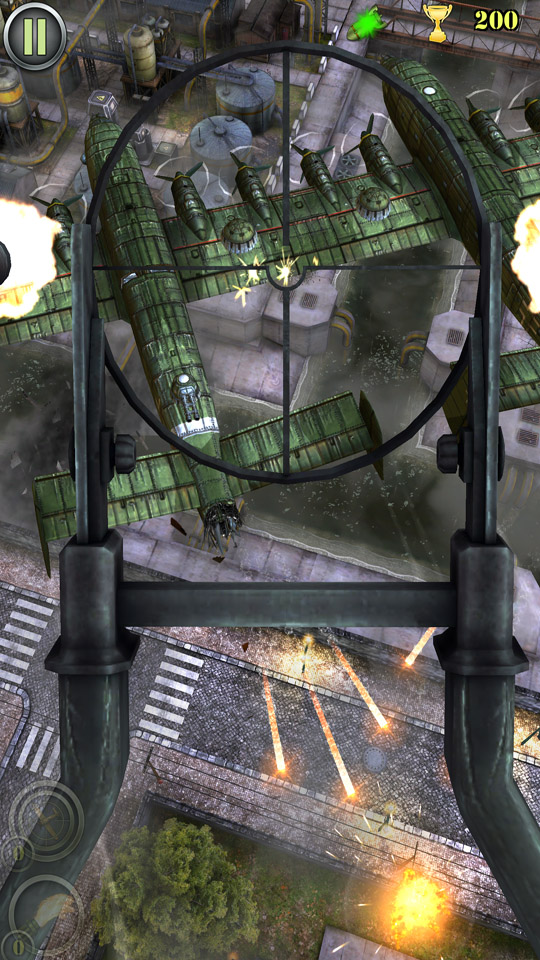 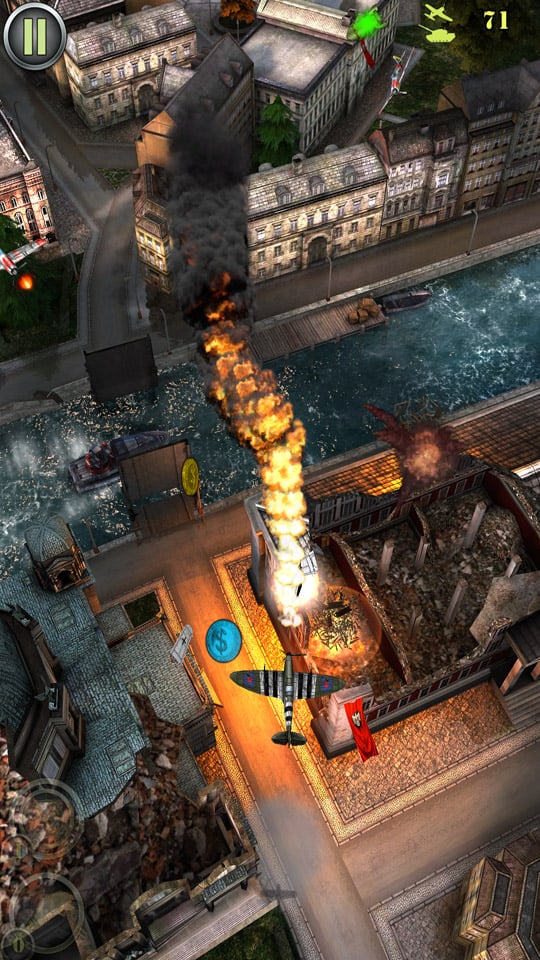 The game is integrated with Google Game Play Services with 12 achievements to unlock. There are also more in-game achievements to unlock as well. Since the game is free-to-play, the in-game currency revolves around collecting stars, coins and silver bars. You collect all of these items easily enough. Anytime you take down an enemy plane, tank, building or car, you get either stars or coins. Silver bars are given based on completing goals, or if you are taking par in any of the timed events or daily challenges.

Though Air Attack 2 was quietly released, and is a few weeks old, it is not to be missed. It is an exceptional game that is well-produced. I look forward to more games created by Art in Games. It looks like they take their time crafting their games, and for that alone, more gamers should look into what they have to offer.