As you probably are already well aware of, Telltale Games has a new Batman themed series in the works which is pretty much ready for launch. In fact it has already made its way to PC via Steam, the PS4 using the Playstation Network, and the Xbox One via Xbox Live Game Store as of yesterday. Originally, the global launch for the first episode of this new series was supposed to be for all platforms yesterday, but that seems to have changed slightly.

Instead of having the premier episode launch on all platforms yesterday, Telltale Games just released it onto the above mentioned ones. This means they are now doing a staggered release like the company used to do. If you’re not familiar with what that is, basically Telltale Games used to release episodes for their Walking Dead and other series onto certain platforms one week, like the PC and Xbox One, and then it would arrive for a couple of other platforms the following week, like Android and iOS.

Recently they had stopped doing that, which was great because hearing people talking about the game, or watching them play it, before you were able to get your copy on Android kind of spoiled it a bit. So Telltale Games began releasing games/episodes onto all platforms at the same time on the same day. 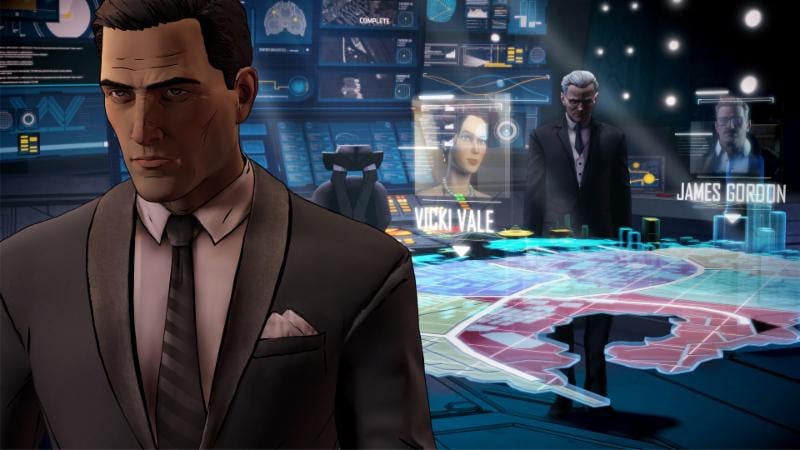 However, in all of this we did spot something interesting with this new Batman series. Telltale Games has included a feature called Crowd Play, which is essentially local multiplayer. What this feature does is allows game owners to invite a group of players to vote on story decisions and give feedback from their mobile devices. This is done by using any web browser connected online when following along with the lead player on a main screen. You can have a number of additional players join, whether it is just a couple of friends at your place or you can hold an event that has much larger crowds, including special upcoming live events in theaters organized by Telltale themselves. We’ve seen Telltale Games do events in the past, but now this feature is built right into the new Batman series.

So when will Android users be able to pick up the first episode? Unfortunately we have a bit of a wait on our hands as Telltale Games has the premier episode of Batman arriving the week of September 13th, 2016. So we have over a month to wait, but if this changes and it comes out sooner, we will be sure to post an update.