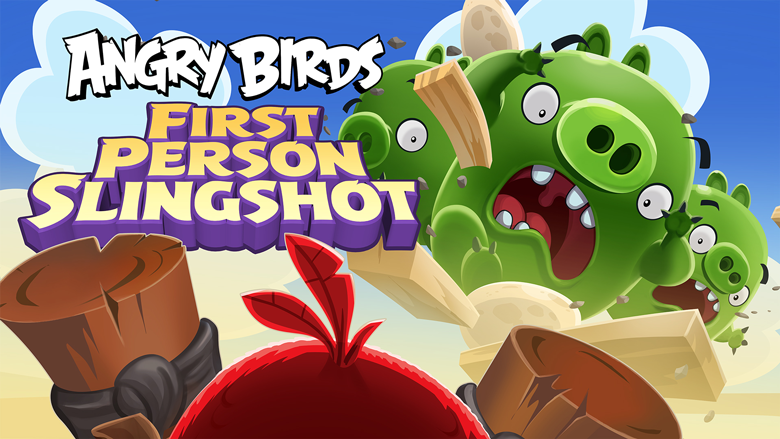 The Angry Birds franchise will delve into AR soon, when First Person Slingshot arrives on mobile.

It’s basically Angry Birds as you know and love it, except it takes place in your actual environment.

Angry Birds: First Person Slingshot is an AR spin on the classic franchise

On your screen, you’ll see a slingshot with a furious avian creature sitting in it. Somewhere in the distance will be a bunch of boxes and those pesky green pigs.

That’s right, you guessed it! You then have to fire the bird at the pig and the boxes, earning points for whatever you smashed into.

The next level will then pop up in front of your eyes, and you’ll do it all over again. Check out the trailer for a taste of the action and keep an eye on Droid Gamers for the full release date.