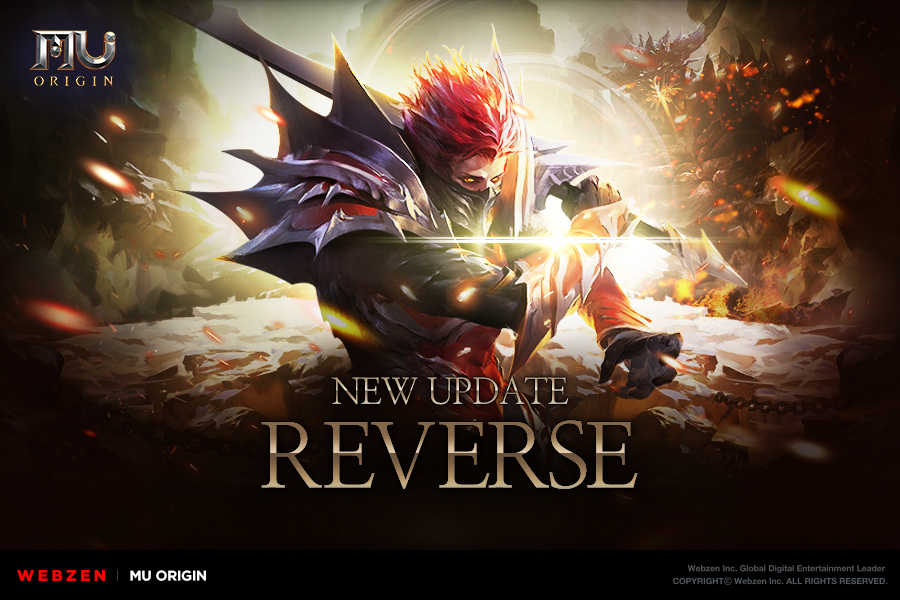 Webzen’s epic mobile MMORPG has got better and better since it first hit the app stores a couple of years ago, and this latest version update looks like the most intriguing, transformative one yet.

The most significant change is the update to Reverse. The Reverse system lets you explore a new place called the Dark Land where Reverse level, EXP, equipment and buffs replace original ones.

The Reverse system has a number of components. You can level up to reach a total of three Reverse tiers, choose and activate two Reverse Emblems among five for buffs, add slots to your Reverse equipment, and insert stones.

Then there are the Reverse Bosses. Killing these nets you hefty rewards. Basically, the Reverse system literally adds another dimension to MU Origin.

You can access the Reverse contents after completing the Ancient Legend quest and meeting a few other conditions, such as hitting Rebirth 10, having CP 12 million, Wings, Roch Feather, Griffin Feather Max, and a total Feather level of 600.

There are more goodies in the 7.0 update, too, including a new Mount Emblem system. These are emblem slots that open up after you complete the New Friend quest at Rebirth 3 level 60.

There are three Mount Emblem grades: Magic, Rare, and Epic. They come in three types, too: Violence of Rage, Thunder of Destruction, and Darkness of Death.

Finally, a new Clan Assault event has been added to MU Origin in the latest upgrade. This allows the top 64 clans in the Clan Arena to participate in a huge battle on the 9th of every month from 1400 to 1600.

MU Origin 7.0 is a huge update, so boot the game up now to check it out. Alternatively, download it all from Google Play or the App Store right now for free.