Ailment is a pixel-art roguelike set in deep space, out now on Android 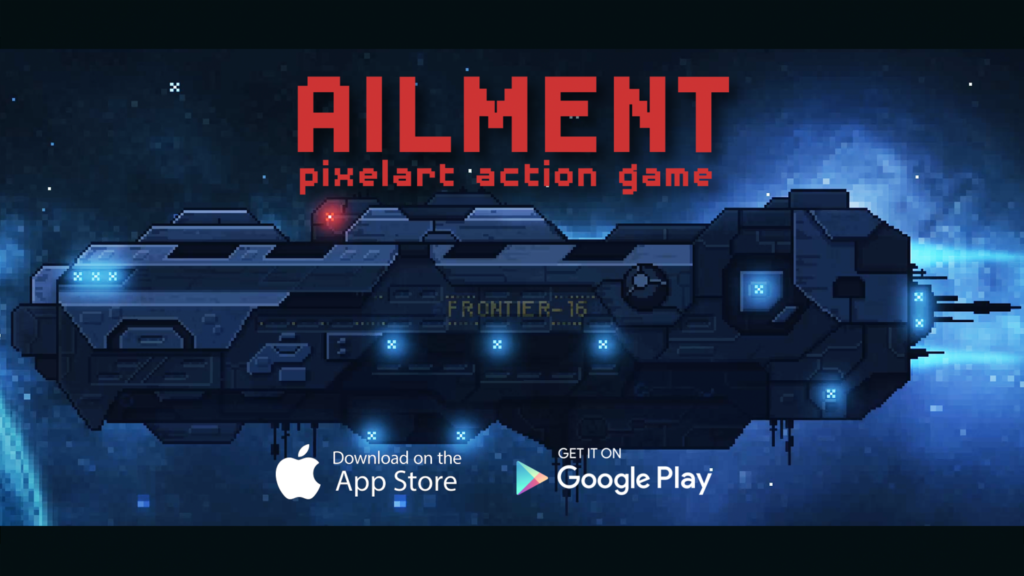 Ailment has a slightly misleading title. It makes you think of a minor illness, like a runny nose or a tickly cough, but the game’s protagonist is suffering from a far more serious condition than that. In fact, he’s totally screwed.

The game sees your main character waking up on a spaceship in a galaxy far, far away. It transpires that he’s been unconscious for three days, and in that time his entire crew have turned on him.

He tries to retrace his steps, but all he can remember is returning from a rescue mission on a ship where everybody was already dead. He needs to get to the bottom of his current predicament, all the while fending off waves of evil crewmates with a selection of powerful weapons.

In case you hadn’t noticed, Ailment is a pixel-art game, which lends its ominous backdrop plenty of charm and character – as does your hero’s wisecracking dialogue.

The gameplay sees you charging around the gloomy red-lit corridors and quarters of your stricken ship, finding weapons, shooting goons, teaming up with friendly NPCs whenever possible, and gradually uncovering the story of how you ended up where you are.

There are tons of weapons to collect, and hours of dynamic gameplay. Ailment is a roguelike too, so the stakes are always sky high.

The game is packed with fun details, such as the the brutal death animations, the atmospheric sound effects, and even a few Easter eggs hidden throughout the game.

Basically, think Death Road to Canada or Wayward Souls but in space, with an endless stream of engaging dialogue and a compelling mystery to solve.

We think Ailment looks super interesting. You can check it out for yourself by downloading it for free on Google Play (and the App Store!).