Rocky Rampage: Wreck ’em Up is about a Boulder Who Wears Trousers 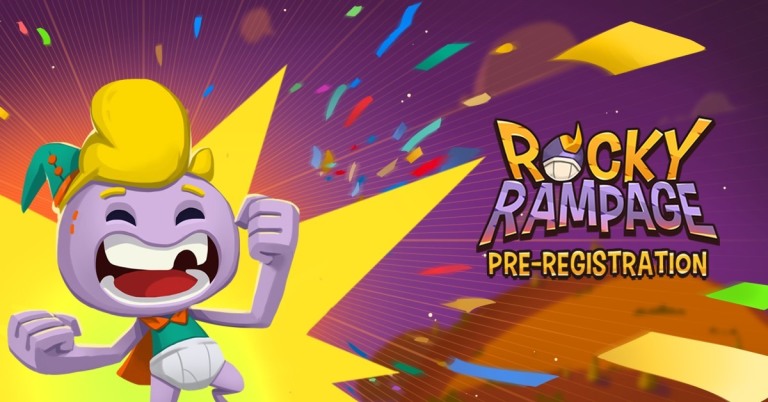 Here’s a hot tip: in six months’ time, there’s going to be a lot of mobile games like Rocky Rampage: Wreck ‘em Up.

Most developers emulate, but the best ones innovate, and Joyseed Gametribe has definitely earned a place in the latter camp with its latest casual opus.

Rocky Rampage sees you propelling a boulder as far as you can. This boulder has a name. He’s called Mr Boulder, and he’s the fashion king of Rock Kingdom.

Unfortunately, his fashion supremacy has made him a target, and Her Sharpness the Empress Clipper of the Scissor Empire has duly stolen his “wonderpants”. Your goal is to venture into enemy territory and retrieve them.

Mr Boulder, along with his sidekick Pebble, must roll as far as possible before gravity takes hold and forces him to slow down and stop. Unfortunately, being a boulder, Mr Boulder is relatively powerless to prevent this from happening.

In fact, the only action you can take in Mr Boulder is to jump, though you can make your jumps go further by landing on bombs that send you arcing through the air.

The hook is that each attempt sees you earning coins to spend on upgrades to your power, speed, and so on, meaning that you’re likely to get farther every time you play.

And as you work your way up through the levels you’ll also unlock new boosters that help you progress, as well as new obstacles and enemies to make your life harder. There are bosses, too, which laugh off your first few attempts to fell them, before eventually falling.

Rocky Rampage is the kind of casual game we love – pretty, chock-full of personality, and characterized by the perfect combination of Peggle-esque chance and Angry Birds-esque skill.

The progression loop, meanwhile, is fiendishly addictive, since you’re always getting incrementally better, and the prospect of a satisfying full-speed rampage through a level is always tantalisingly within reach.

You can pre-register your interest in Rocky Rampage via Google Play (and the App Store) right now.