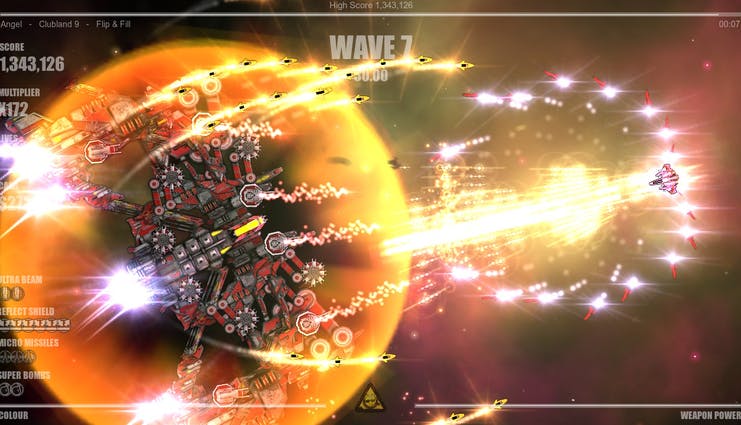 Beat Hazard 2, the innovative twin-stick shooter in which your music collection dictates the rhythm and pace of play, is out now on Google Play.

Developed by Cold Beam Games, Beat Hazard 2 is the sequel to the popular XBLA game Beat Hazard. It’s a twin-stick shooter in the same basic vein as Geometry Wars, but with a clever musical twist.

The tracks in your music collection go into some clever musical number crunching algorithm and come out as fully formed levels. It’s like listening to music while you play, except the music shapes the game you’re playing.

You can listen to various file formats locally on your phone, or playing the game along to SHOUTcast internet radio stations.