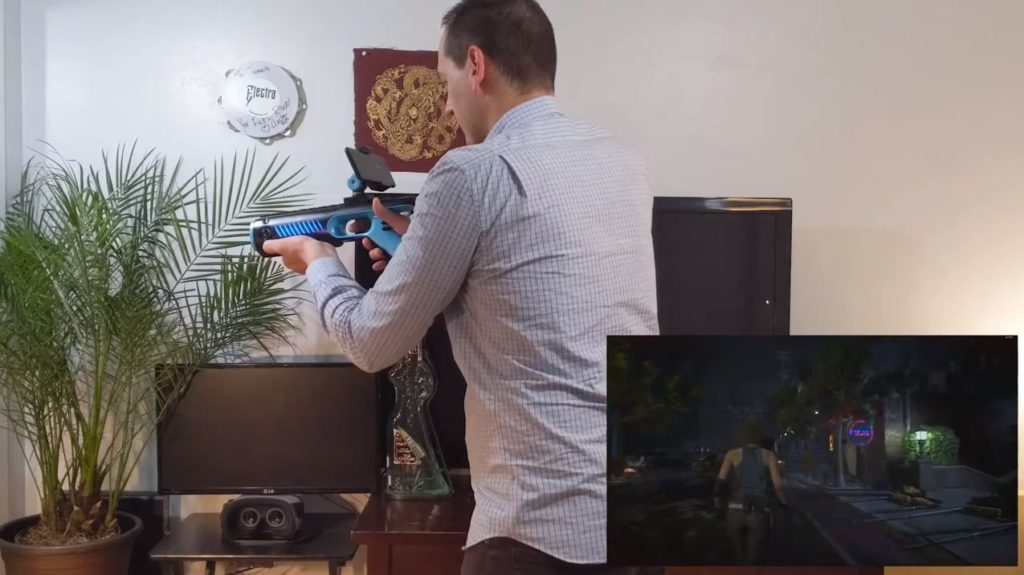 Check out this video of some guy – actually, his name is Joel Kort, and he runs a company called Arkade – playing Resident Evil 3 on a smartphone mounted on a 360-degree motion controller called an Arkade Blaster.

As you can see, it turns the screen of a smartphone into a sort of viewfinder, which sounds great in principle. The game is running on a PC and being streamed to the smartphone via the Steam Link app. Decent wi-fi is presumably a must.

The PewDiePie-backed Arkade Blaster is currently on Indiegogo, where it has been conspicuously successful. The Blaster has currently received 223% of its target funding, with nine days to go.

Previous demonstrations have included Doom Eternal and Left 4 Dead 2, as well as mobile titles such as Call of Duty Mobile. Take a look at the YouTube channel if you feel like seeing some more demos.