The Fireball RPG Kickstarter Ends on Friday, Here’s Why You Should Pledge 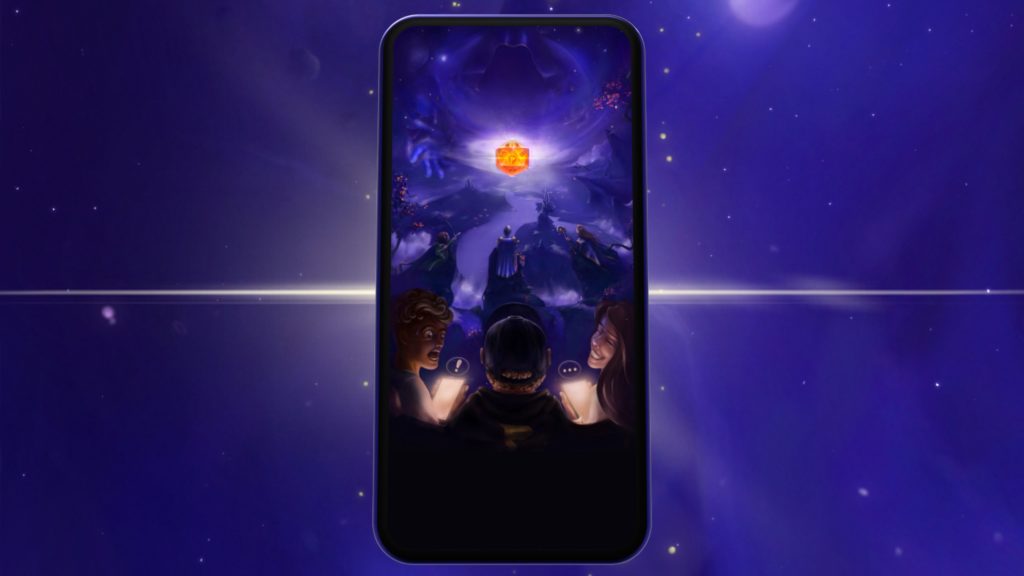 2020 is the best time ever to be a tabletop gamer, but also the worst. There’s an absolute ton of great stuff to play, but hardly any of us can actually play it because we’re not allowed to sit together around a table. It’s like an episode of the Twilight Zone.

Fortunately, there’s help on the way in the form of Fireball. This innovative RPG app is set to revolutionise D&D, and perhaps even bring a whole new generation of players into its fold.

Fireball, which is currently on Kickstarter, is pitched at experienced D&D players as well as newcomers formerly deterred by all the stuff you have to set up and learn in order to take advantage of the imaginative possibilities of D&D.

It automates the rules for casual players, allows hardcore players to tweak those rules, and enables everybody to play remotely whenever and wherever they like.

That’s the elevator pitch, but there’s a lot more to Fireball. Here are just a few reasons why we think it’s a good idea to head to the game’s Kickstarter page and make a pledge.

Convenience. When Fireball lands, you’ll be able to indulge in a proper D&D adventure with friends without having to grapple with the logistics. Even without a global pandemic, the option to play remotely will make it easier for more players to get involved, while the chat function means nothing has to be lost in the process. Of course, gathering around a table is great too, and Fireball will make a fantastic companion app for a traditional tabletop session. One day.

An unlimited player base. Another advantage of untethering your tabletop gaming from actual tabletops is that you’ve got an almost unlimited supply of fellow players to choose from. Fireball lets you play with strangers as well as friends, using a matching system to pair you up with fellow D&D enthusiasts with the same interests and preferences as you.

Choose your own adventure. Unlike a real D&D session, a Fireball session is totally scalable in terms of complexity and investment from you. There are tons of pre-made adventures to choose from, and you can even play them without a GM, gamebook-style. Alternatively, you can go deep, like the hardcore D&D fanatic that you are, editing maps, customising rules, making characters, coming up with campaign notes, designing macros, and so on.

It won’t cost the earth. While D&D equipment can be eye-wateringly expensive, Fireball is totally free to download and play. However, you can enrich the experience by subscribing to Character Pass and World Builder Pass, which enable you to customise your characters, gain new world tiles, use more detailed maps with extra stuff on them, play all of the ready-made adventures all of the way through, and more

You’ll be helping humanity. Sure, that’s a big statement, but hear us out. Fireball is being developed with a minimal carbon footprint, with as little waste as possible, and its merchandise is being provided by local, eco-friendly businesses, so a pledge is a step in the right direction as far as planet earth is concerned. On top of that, Fireball is bringing something new to the world of social gaming, and you can play your part in that innovation by helping to fund its creation.

You’ll get rewards! As ever, you’ll earn rewards for making a pledge on Kickstarter, and the bigger the pledge, the better the reward. For as little as $2 you’ll get a special Kickstarter badge and a Fanatic Discord role, while splashing out $5,000 will net you a feast of goodies, including a 12 month World Builder and Character Builder pass, early access, your name immortalised in the Tavern guest book, and an invitation to the launch party, with your travel expenses paid.

But you’ll need to act fast, since Fireball’s Kickstarter campaign ends this Friday. The project has already smashed its funding goal – in fact, it did that in just 38 hours – but you can still help the team to reach their stretch goals. These include some awesome gameplay features such as custom 3D dice, a dungeon generator, homebrew mechanics, and a desktop version of the game.

So head on over to the Fireball Kickstarter and get involved.

Update: Fireball Studios raised over $65,000 via almost 3,000 backers, becoming the fifth most funded mobile game in Kickstarter’s history. Visit the Fireball RPG website or join their Discord if you missed your chance to become a backer, or if you want the latest details on the game.