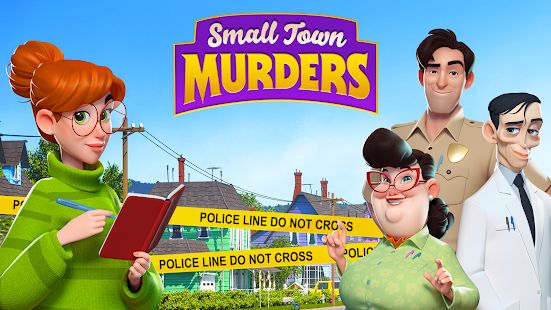 Well done. Yet again you made it all the way through to Saturday, and your reward is this rundown of the best new games and discounts on the Google Play Store.

While the selection of new games is less than stellar, there are some truly great bargains to be had this week – in particular the awesome Doom & Destiny, which is like Stranger Things meets 90s cartoon Dungeons & Dragons. Pocket City is pretty great too.

Ruinverse is the latest turn-based RPG from turn-based RPG factory Kemco. It sees you playing as a character with two souls, which gives her a wider range of abilities in combat. Nonetheless, she wants the stowaway out, and that’s the goal of your quest.

HopBound is the sequel to Dere Evil Exe, a popular horror game. This time around you’re travelling inwards, barrelling through the protagonist’s mind as they process their trauma through the medium of a retro endless runner.

Small Town Murders is the latest polished casual game from Rovio. It’s a match-three puzzler with a murder mystery twist, as you assume the role of an aspiring author investigating a killing in otherwise idyllic hamlet. It’s like if Murder She Wrote were a game.

Published by reliable indie publisher Crescent Moon Games, Rider.io is one of those .io games, which means it’s like a sort of ultra-casual battle royale in which you have to be the last person standing, earning upgrades on your way to ultimate victory. It’s got dragons in it.

Pocket City is a hugely acclaimed mobile take on Sim City that’s perfectly optimised for the small screen. Create road, construct buildings, plan your city, make a home for your loving citizens, and then send a tornado to destroy them, Hours of fun for 99c.

King of Dragon Pass is a universally beloved text adventure, and you can pick it up half price right now, for a mere $4.99. There are several other HeroCraft games available in the same sale, with everything reduced by at least 50%.

Doom & Destiny, along with Doom & Destiny Advanced, is just 99c right now on Google Play. It’s a highly charming, humor-drenched adventure in which you play as four friends who get zapped into a fantasy world on their way to a night of tabletop gaming.