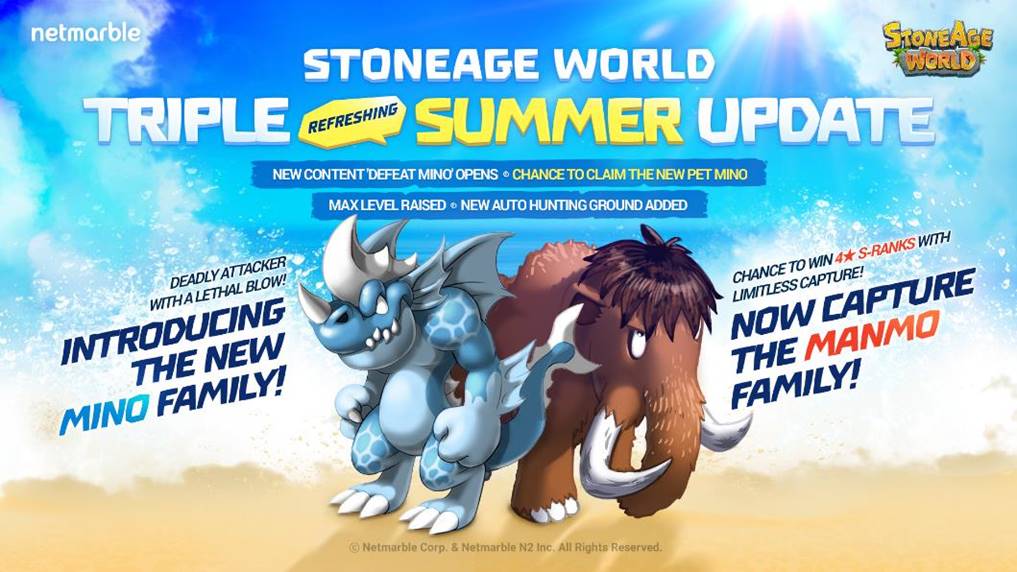 StoneAge World, the prehistoric pet-collecting game that launched earlier this year, has received a raft of new content in its latest update.

Titled Defeat Mino, the update adds a whole new family of pets from the Mino family, available to players at level 90 and above. These pets include Mino, Bino, Kino, Boro, Redino, Tayno, and Mecha Tayno. Whatever the hell that means.

The latest update also adds a whole new area, called the Quarry, where trainers can capture pets from the mammoth-themed Manmo family.

There are new events, too, including a Mino ticket event, a Mino growth event, and Woody’s Dice Adventure, which sees you receiving a dice every for completing missions. You can trade your dice in for cool stuff.

StoneAge World, in case you haven’t played it, is a fun, cartoony RPG set in a Flintstones era of prehistory when dinosaurs and humans happily cohabit. You play as a trainer, collecting various animals and training them to repel the denizens of the Machine Civilization.

You can download StoneAge World for free right now on the Google Play Store.