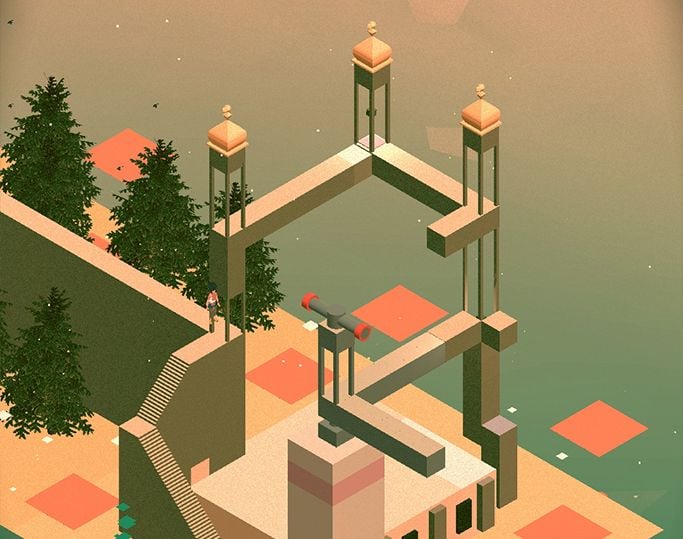 Odie’s Dimension II is a new puzzler that looks a lot like Monument Valley. Really a lot.

Developed by Dream Tech, Odie’s Dimension II is the sequel to – you guessed it – Odie’s Dimension. It sees you guiding a little person through a series of Escher-like environments that change in impossible ways when you tap on little nodes.

For instance, a walkway that’s clearly higher than you can suddenly be on the same level when spun around. It may look as though you’ve created a new path due to a clever perspective trick, but you’ve actually just made a new path. The trick is to use your eyes and not the visuospatial reasoning center of your brain.

It isn’t just in the structure of the puzzles that Odie’s Dimension II resembles Monument Valley. It has a very similar aesthetic, too, with clean lines and soothing pastel tones.

That means if you’ve rinsed all of the gameplay goodness out of Monument Valley and you need something to fill the void, this could be your lucky day. Odie’s Dimension II is out now for 99c – or you could try the first Odie’s Dimension for free.