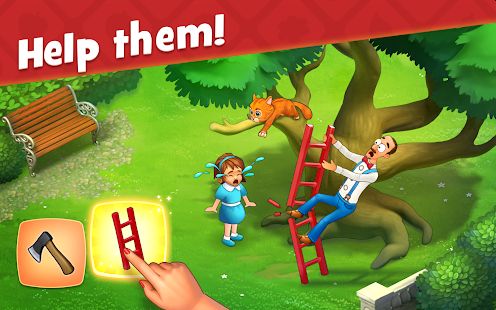 Ads for Homescapes and Gardenscapes, two enormously popular casual titles from developer Playrix, have been banned by the UK’s Advertising Standards Authority for being misleading.

The ads contained footage of gameplay, including a multiple choice puzzle and a pin-pulling puzzle, that several users complained isn’t representative of either game.

If you’ve ever seen one of those ads, you can no doubt see where the ASA is coming from.

While Playrix argued that both mini-games are present in their titles, the ASA agreed with the complainants that they don’t crop up frequently enough for the ads to be considered representative – not least because the stages in question only appear later in the games, long after most users have given up.

Of thousands of levels of gameplay, only ten resembled the stages in the ads, according to BBC News.

Playrix challenged the complaint, but it’s unlikely to be overly fazed by the injunction handed down by the ASA.

Both games have raked in well over $1b in revenue, so the developer can almost certainly afford to make the necessary adjustments to its promotional campaigns without both games fading into obscurity.