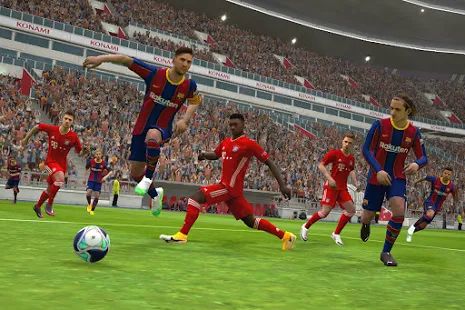 eFootball PES 2021 Mobile, the latest in Konami’s long-running soccer series, is out now on Android.

The latest addition to the franchise features a number of officially licensed European clubs, including FC Barcelona, Manchester United, Arsenal, Juventus, FC Bayern, and AS Roma. That last one is new and exclusive.

Also present is the “Iconic Moment Series”, which lets you recreate seminal moments from the careers of the real-life players featured in the game, such as when they scored a goal.

Ronaldinho, Carlos Puyol, and Deco have all been added as Iconic Moment Legends, while potential MyClub signings include David Beckham, Francesco Totti, Diego Maradona, and many other well-known figures from the world of soccer.

You can download eFootball PES 2021 for free right now on the Google Play Store.