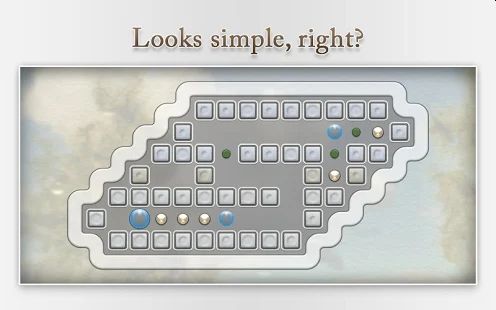 Quell Reflect+, the highly acclaimed puzzler from Fallen Tree Media, is going cheap right now on the Google Play Store. You can pick it up for $1.99, down from its usual price of $3.49.

Originally released in 2015, Quell Reflect is a spinoff of Quell, an early touchscreen puzzler that arrive all the way back in 2010. The series is known for its elegant, unostentatious, and highly original puzzle design, which sees you sliding a blue droplet around on a board.

The core gameplay is based on the ice floor variant of the Sokoban sliding puzzler genre, but with new elements added all the time. It gets steadily more challenging and introduces more and more elements over its 80+ stages.

If you’re in the market for a polished, understated puzzler to get you through Thanksgiving, Quell Reflect+ is an excellent choice at just $1.99. You can download it cheap right now on the Google Play Store.