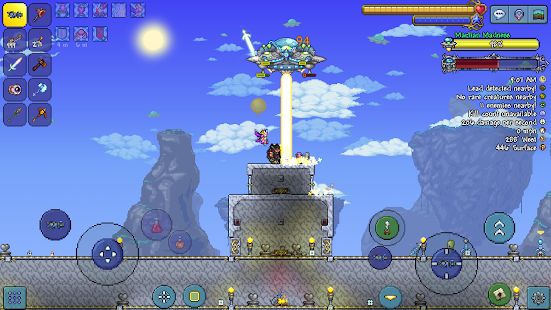 Yesterday, we reported that Terraria developer and Re-Logic studio founder Andrew Spinks had announced via a Twitter rant that the forthcoming Stadia version of the game is cancelled.

Why? Because Google has locked him out of his Google account for reasons unknown, preventing him from accessing his games and other media, his Drive, and – worst of all – his longstanding Gmail account, forcing an exasperated Spinks to announce that he is no longer willing to work with Google.

This naturally set many Twitter users to speculating on the future of the enormously popular Android version of Terraria, which has been downloaded well over a million times, racking up an average review score of 4.6 from over 300,000 reviews.

Responding to an enquiry from IGN, Re-Logic has revealed that the company’s Google embargo only relates to future projects. Any games Re-Logic makes from now on will give Android a miss, but existing games will remain on the platform.

“Punishing customers who paid for our game on these platforms is not what we are about,” Re-Logic said.

You can download Terraria on the Google Play Store right now for $4.99.