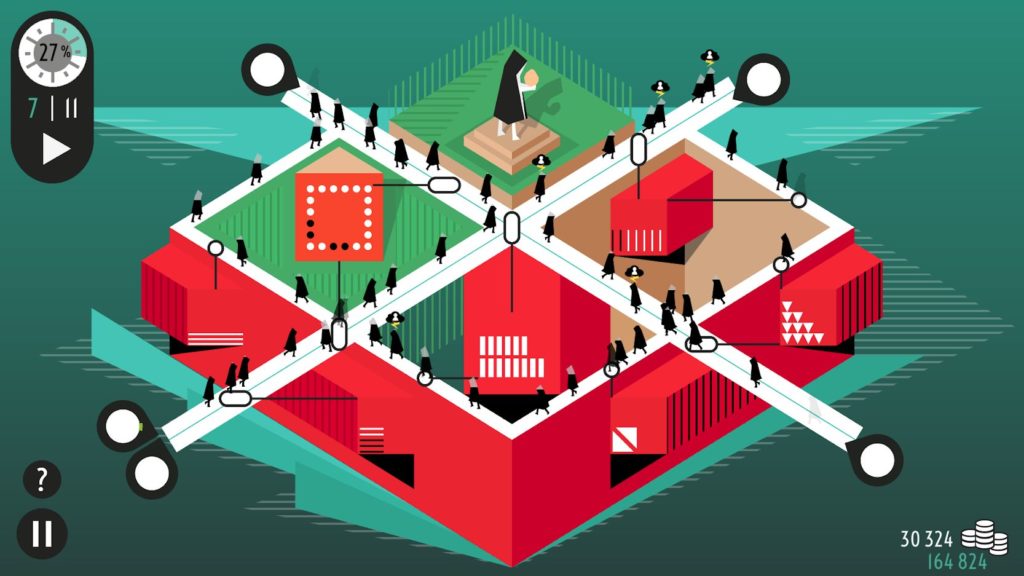 Once again, big names are absent from our weekly roundup of the best new Android games, but variety is abundant.

There’s an innovative, searingly satirical tower defense puzzler, a dazzlingly inventive narrative adventure game, and a gorgeous puzzler. If none of those float your boat, you can float a boat in Modern Warships.

Plus, there’s Cyberika, which looks like a passable smartphone take on CD Projekt’s troubled Cyberpunk 2077.

Watch out, capitalism – Rip Them Off has you in its sights. Developed by Lozange, the studio behind Swim Out, Rip Them Off is a highly inventive tower defense puzzler in which you have to build an inescapable maze of shopping opportunities for a stream of malleable consumers. It’s a bit fiddly and obtuse, but its presentation is fabulous.

Fate of Kai is a multiple award-winner, thanks in large part to its highly innovative gameplay mechanic that sees you steering the events of the story by choosing which words appear in thought bubbles hovering over characters’ heads. Inspired by Gorogoa, it comes with 160 pages and 700 panels of content.

The Chronos Principle is a badass title for a game. It’s a badass game, too, featuring 77 hand crafted puzzles that explore the ins and outs of time manipulation. It’s calm and relaxing rather than high octane, so it’s perfect if you’re looking for something to pass the endless rainy days of spring.

Cyberpunk stuff is hot right now, and Cyberika is the latest serving of nean-soaked futuristic action. It sees you exploring a city called Bradbury Complex, learning how to hack, equipping augmentations, and more. It’s a fairly obvious smartphone gaming tribute to Cyberpunk 2077, but that’s no bad thing.

When it comes to projecting military power and national pride, nothing works like a great big boat. Modern Warships, from Cube Software, is chock full of big boats, all based on real schematics. It sees you joining online PvP battles and trying to outmaneuver your enemies on the open sea, like a swashbuckling pirate armed with high tech missiles.